A Date with China: Zhang Leping and his wordless literary classics

In September, 1992, Zhang Leping, a world-class cartoonist, passed away in Shanghai. His most representative series, The Adventures of Sanmao the Waif, was extensively acclaimed as a literary canon written not with words but pictures. 2022 marks the 30th year of Zhang Leping’s decease. On Oct. 31, 2022, the “A Date with China” media group came to his birth place, Jiaxing’s Haiyan county of east China’s Zhejiang Province, and visited the Memorial Hall of Zhang Leping to learn more about the life of the incredibly talented cartoonist, whose works have become an integral part of Haiyan’s culture, and to get a taste of his artistic flair. 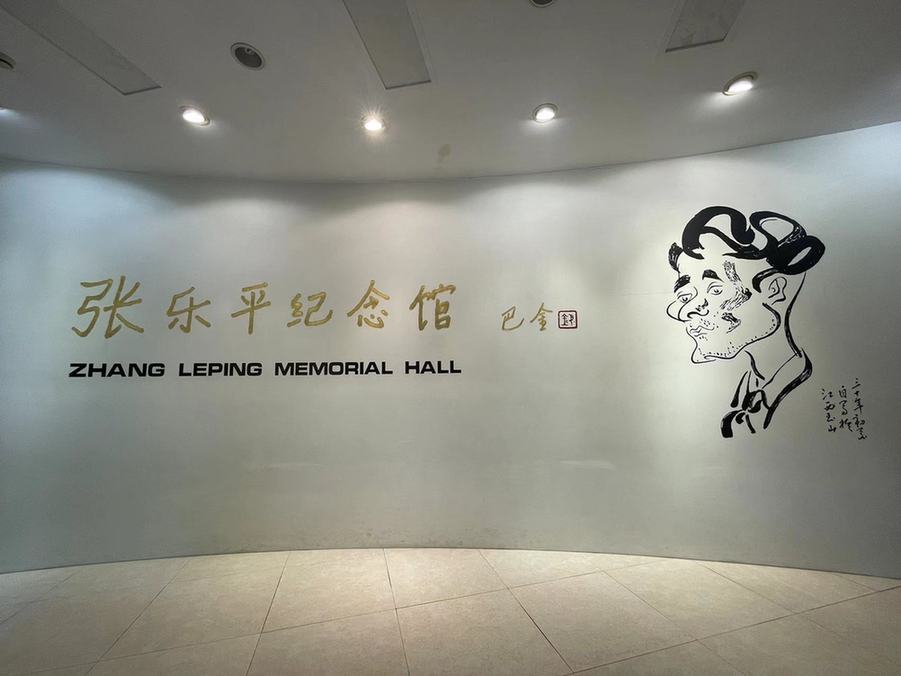 Photo taken on Oct. 31, 2022 shows the Main hall of the Memorial Hall of Zhang Leping, which greets its visitors with Zhang’s self-portrait beside the name of the memorial hall hand-written by Ba Jin, one of the most important figures in China’s modern literary history. (Wang Jinhong/ Guangming Picture)

In November, 1910, Zhang was born to a family of seven. His father was a teacher at a local primary school, and his mother was highly skilled at embroidery and paper-cutting. It was from his mother that he attained his natural aesthetic sense. As a child, Zhang would always paint on the beach with tree branches. In 1925, drawing on his teacher’s account of the difficult life of workers, the 15-year-old Zhang created his first comic strip, which quickly gained popularity among people in Haiyan. 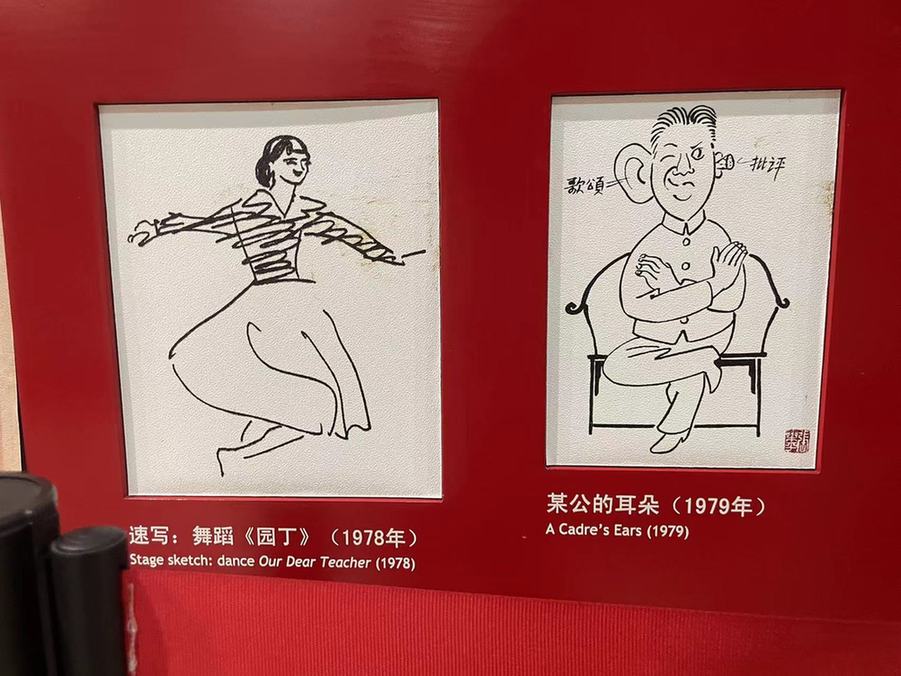 In 1928, Zhang became a student at a private art school in Shanghai and subsequently joined an advertising company next year, contributing advertising caricatures and illustrations for novels. In 1935, he published the comic strip series that would later make his name. The Adventures of Sanmao the Waif follows the life of a homeless orphan. A symbol of child poverty, the main character has only three hairs on his bald head, thus called Sanmao, which in Chinese means three hairs literally. The series excellently counterbalances the tragic stories of Sanmao with humorous details, making people laugh whilst driving them to tears the next minute. 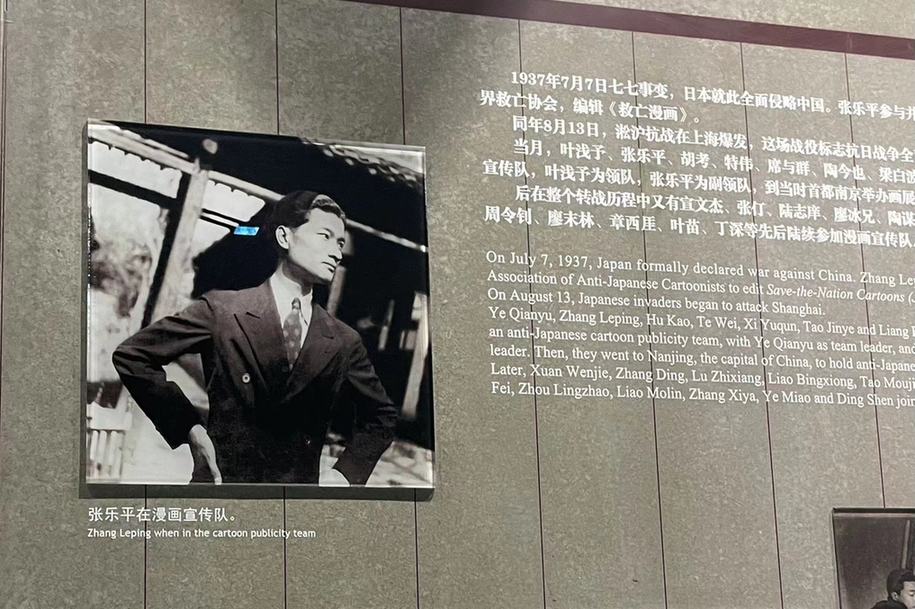 Photo taken on Oct. 31, 2022 shows an old picture on display at the memorial hall of Zhang in his 20s. (Wang Jinhong/ Guangming Picture) 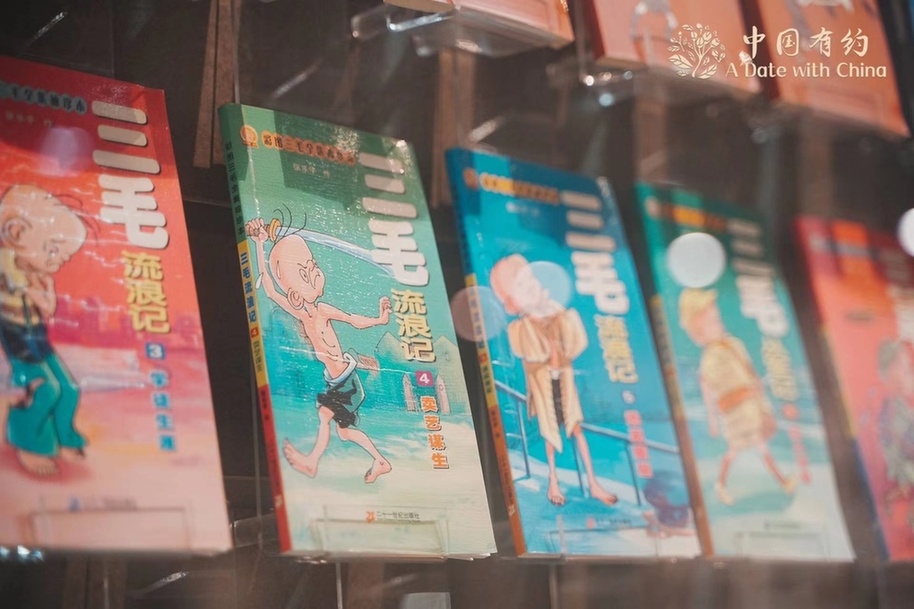 Photo taken on Oct. 31, 2022 shows copies of The Adventures of Sanmao the Waif on display at the Memorial Hall of Zhang Leping. (Photo provided by A Date with China) 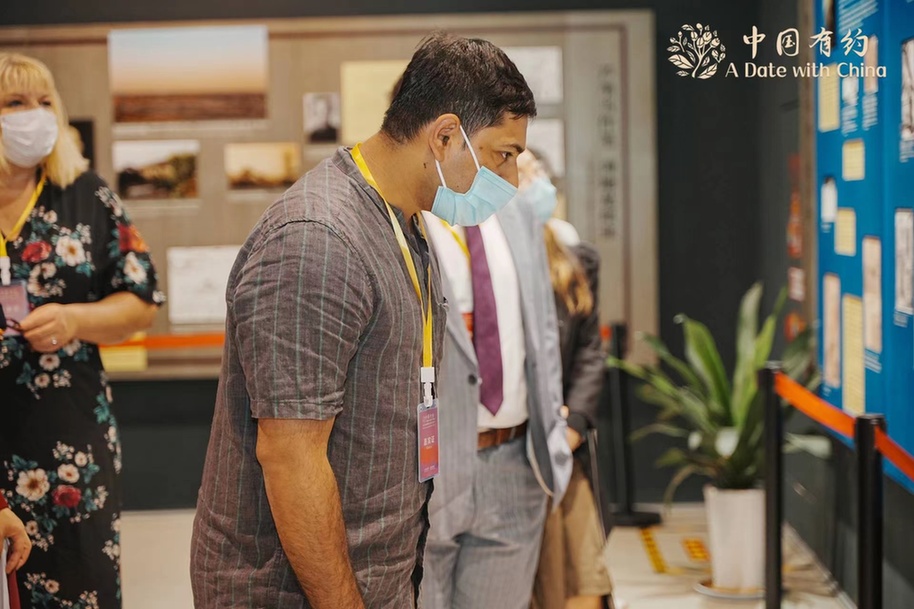 Photo taken on Oct. 31, 2022 shows a foreign visitor looking closely at Zhang’s works at the memorial hall. (Photo provided by A Date with China) 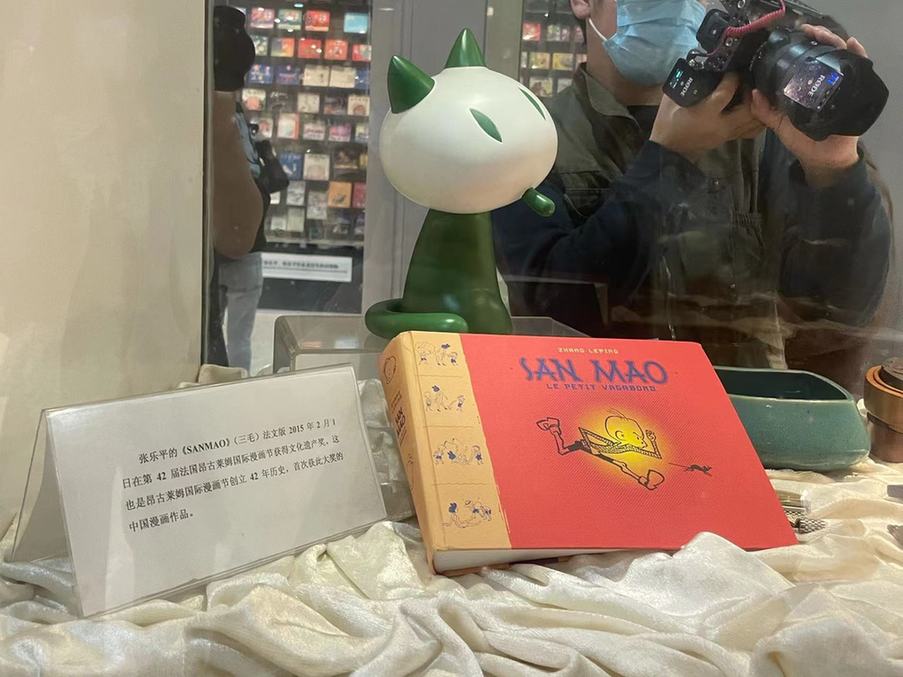 Photo taken on Oct. 31, 2022 shows a copy of the French version of The Adventures of Sanmao the Waif published in 2015. It won the cultural heritage prize at the 42th International Comics Festival in Angoulême, the first comic work by a Chinese cartoonist to win the prize. (Wang Jinhong/ Guangming Picture)

Zhang’s works are widely celebrated for their compassion for the underprivileged. The humanistic tenderness with which he approaches the themes of poverty, social stratification and the life of urchins has deeply impacted generations of Chinese children in Haiyan and beyond.