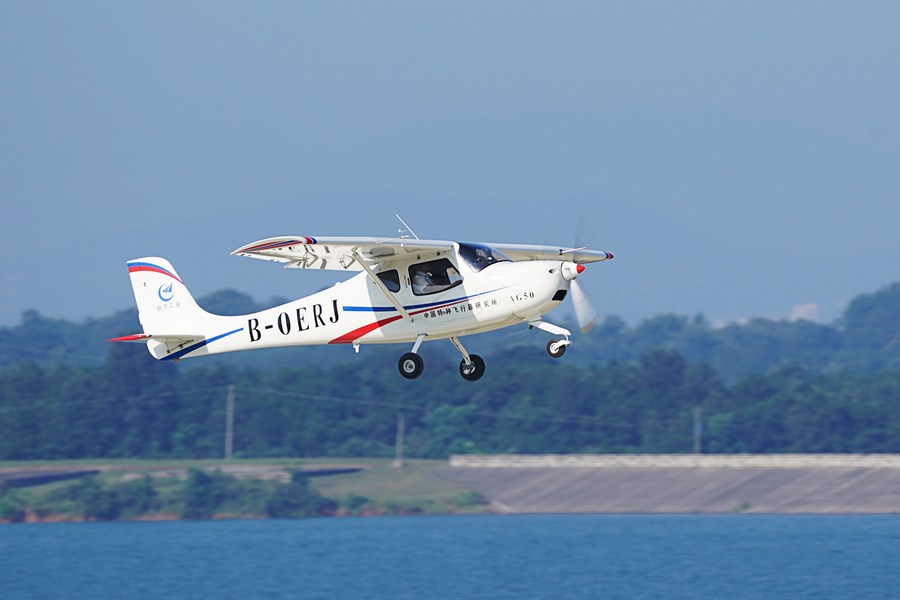 WUHAN -- The Lingyan AG50, China's new-generation light-sport aircraft, has obtained its type certificate, a milestone on its journey to market operations.

The AG50 was awarded the certificate by the Civil Aviation Administration of China (CAAC), indicating that its design meets airworthiness standards and environmental requirements.

The new aircraft is designed for aeroclubs, general aviation companies, training schools and private pilots. It has a maximum takeoff weight of 650 kilograms, a payload of 245 kilograms, and a range of 1,000 kilometers.

It completed its maiden flight in August 2020 in the central Chinese province of Hubei.