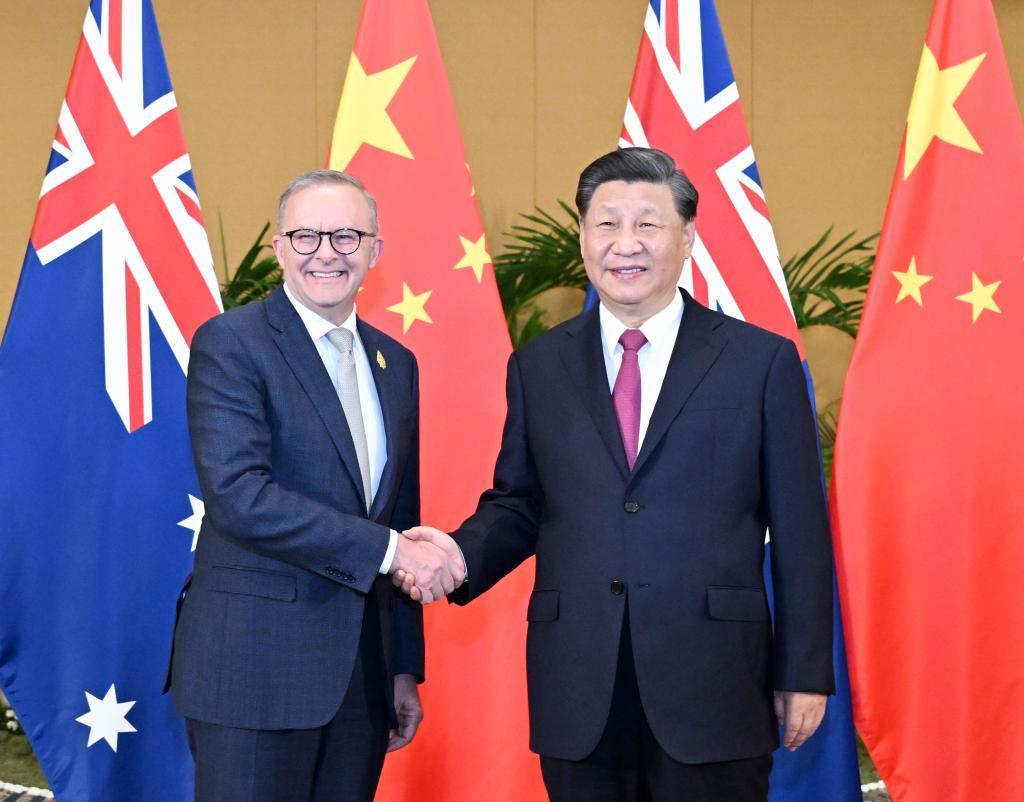 Xi pointed out that for a long time, China-Australia relations had led the way of China's relations with developed countries and need to be cherished by both sides.

"In the past few years, however, this relationship has encountered difficulties, which is the last thing we want to see," Xi said.

Both as important countries in the Asia-Pacific region, China and Australia need to improve, uphold and further develop the relationship, he said, adding that it not only serves the fundamental interests of the two peoples but also helps promote peace and development in the Asia-Pacific and beyond.

Underlining the importance of the 50th anniversary of China-Australia diplomatic ties this year, Xi said a mature and stable bilateral relationship should first and foremost be reflected in putting the differences and disagreements between the two countries in the right perspective.

It is imperative to rise above disagreements, respect each other and seek mutual benefit and win-win results, which holds the key to the steady growth of the relationship, Xi said.

He said that there are no fundamental conflicting interests between China and Australia. Instead, the two countries have a traditional people-to-people friendship, highly complementary economic structures, and shared commitment to the purposes and principles of the UN Charter.

China attaches importance to the will Australia has recently demonstrated to improve and grow its relations with China, Xi said, noting that both sides need to take stock of experience and lessons, explore ways to steer the relationship back onto the right track, and move it forward in a sustainable manner.

With tremendous potential in economic and trade cooperation between the two sides, China hopes that Australia will provide an enabling business environment for Chinese enterprises to invest and operate in Australia, Xi added.

For his part, Albanese noted that Australia and China will soon mark the 50th anniversary of the establishment of diplomatic ties.

The Australia-China comprehensive strategic partnership serves the shared interests of both sides, he said, stressing that the Australian side will stay committed to the original aspiration behind the establishment of diplomatic ties, act in the spirit of mutual respect and equal-footed cooperation, and work together with the Chinese side to narrow differences through constructive and candid dialogue and communication, facilitate the stable growth of Australia-China relations and engage in more cooperation on important issues such as climate change, economy and trade.

Ding Xuexiang, Wang Yi and He Lifeng were present at the meeting. 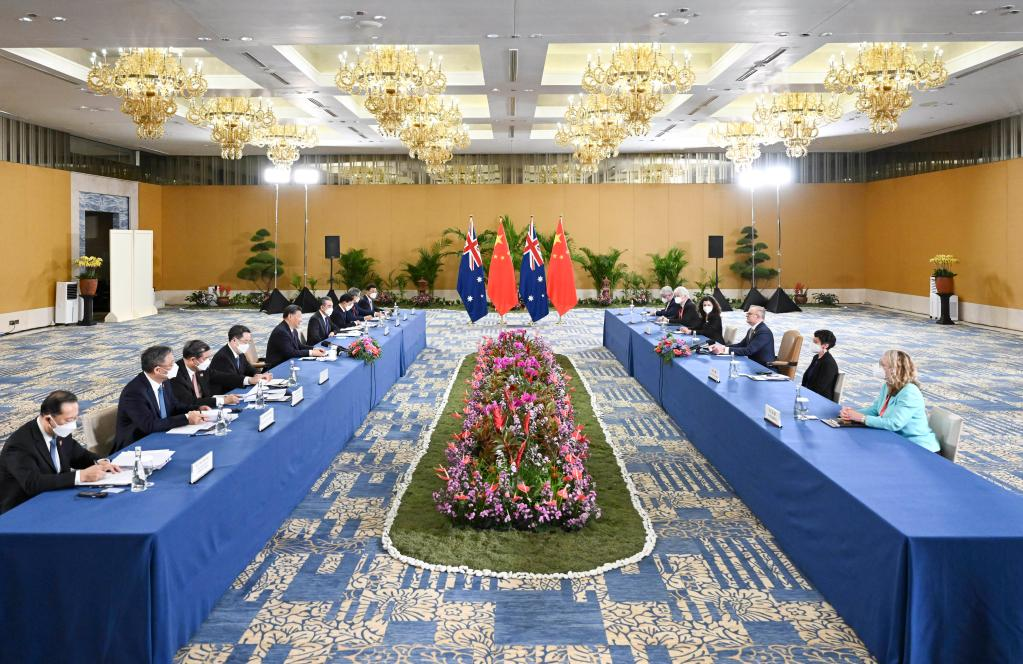 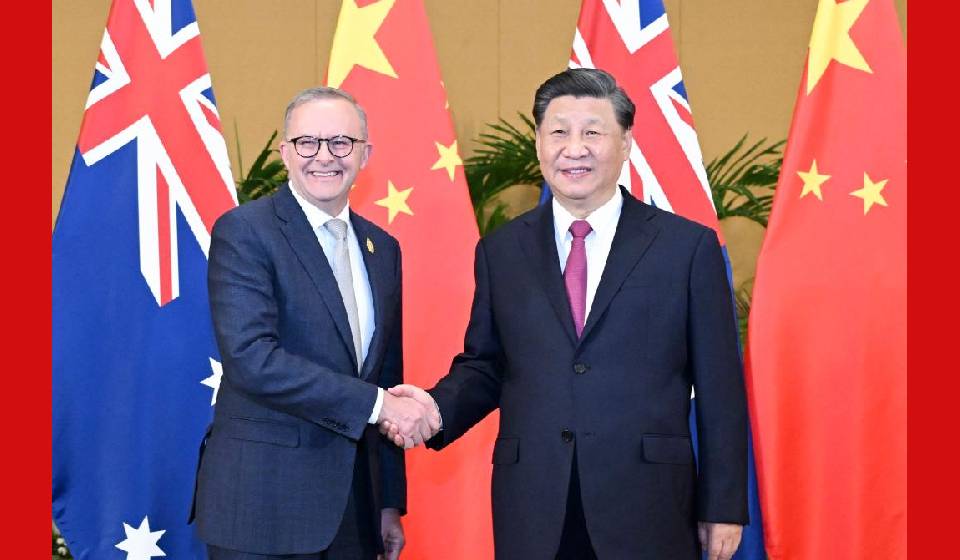