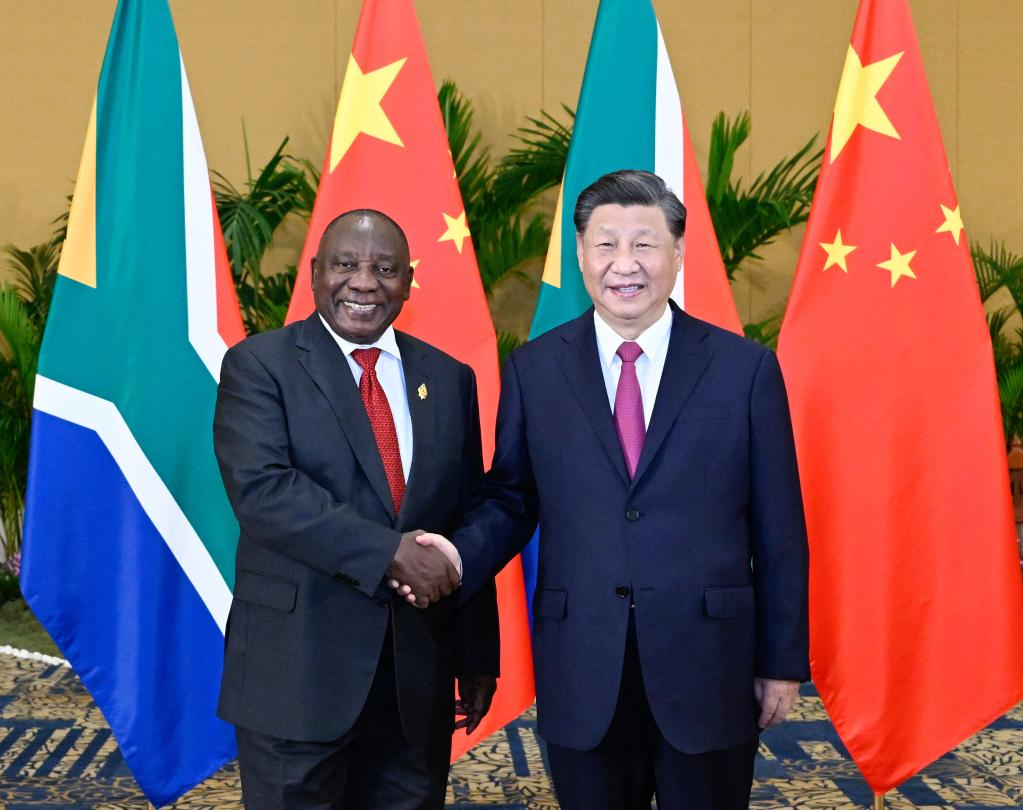 China has all along viewed its relations with South Africa from a strategic height, and stands ready to consolidate political mutual trust and promote even greater development of the comprehensive strategic partnership between China and South Africa, Xi said.

Underscoring that the central task set out at the 20th National Congress of the Communist Party of China (CPC) is to build China into a great modern socialist country in all respects and to advance the rejuvenation of the Chinese nation on all fronts through a Chinese path to modernization, Xi pointed out that China's development will bring more opportunities to South Africa and other countries.

China is ready to strengthen governance experience sharing with South Africa, and supports South Africa in exploring a modernization path that meets its national conditions, Xi said, adding that the two countries will forge stronger synergy between the Belt and Road Initiative and the South African Economic Reconstruction and Recovery Plan, cooperate more closely on trade, investment and energy, advance the implementation of the Forum on China-Africa Cooperation outcomes in South Africa, support Chinese companies in investing and doing business there, and expand China's import of quality products from South Africa.

China supports South Africa in taking over the BRICS rotating chair next year, and stands ready to work with South Africa in deepening China's solidarity and cooperation with Africa, Xi said, noting that the two countries will step up coordination on international affairs, and work together on global challenges including climate change, food security and energy security.

Ramaphosa once again extended congratulations to Xi on his re-election as general secretary of the CPC Central Committee, on the full success of the 20th CPC National Congress, and on the remarkable progress that China has achieved in its development.

South Africa finds in China an important strategic partner, Ramaphosa said, adding that his country will continue to firmly support the one-China principle without doubt.

South Africa hopes to learn from China's experience in green development and energy transition, and is ready to actively participate in the Belt and Road cooperation, he said.

South Africa will open its door and welcome Chinese companies for investment and cooperation, Ramaphosa said, adding that South Africa also hopes to enhance coordination and cooperation with China under the BRICS and other multilateral frameworks.

Ding Xuexiang, Wang Yi and He Lifeng, among others, were present at the meeting. 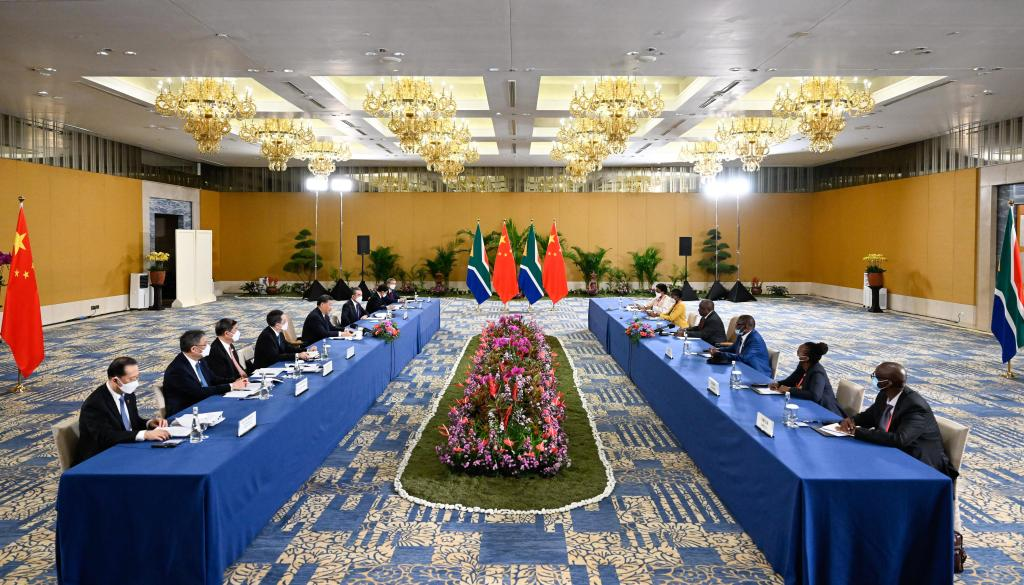