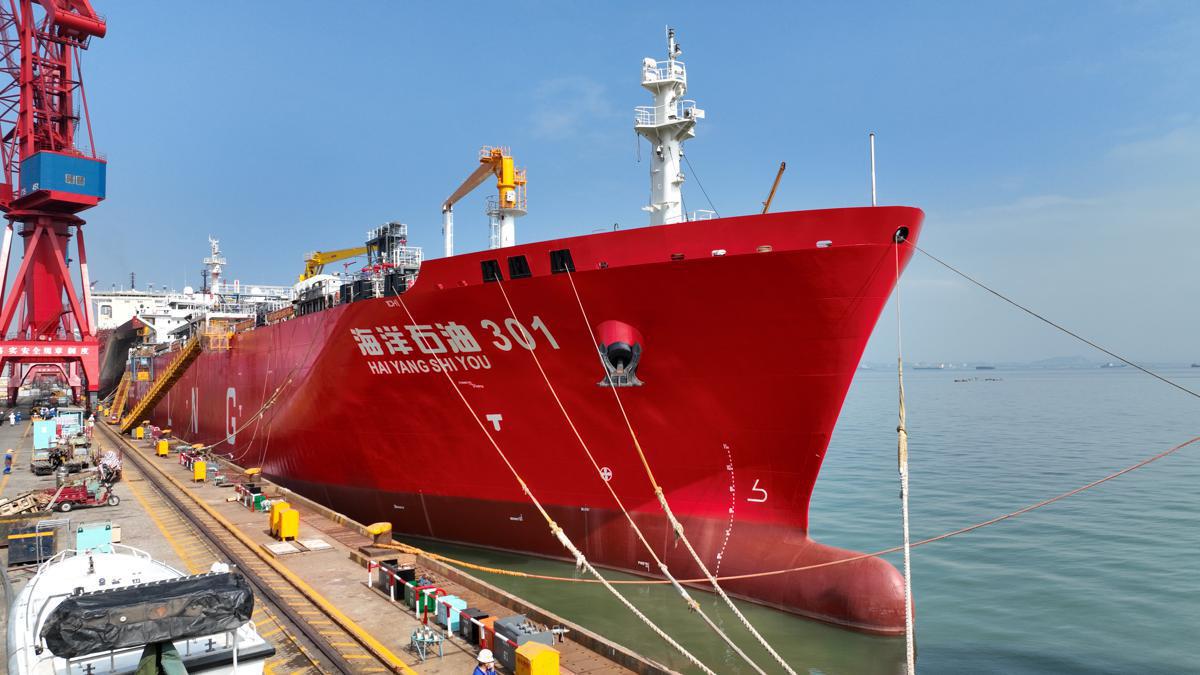 The world's largest LNG bunker vessel, the Hai Yang Shi You 301, was delivered for use in the Nansha district of Guangzhou, Guangdong province, on Tuesday. [Photo provided to chinadaily.com.cn]

The world's largest liquefied natural gas bunkering ship — a vessel that uses LNG for power and which can refuel other LNG ships — was delivered for use on Tuesday after it was rebuilt in the Nansha district of Guangzhou, Guangdong province.

The vessel, the Hai Yang Shi You 301, has now become the first LNG bunkering ship with a filling function in China in the wake of its reconstruction, according to a statement released by Guangzhou Shipyard International Co on Tuesday.