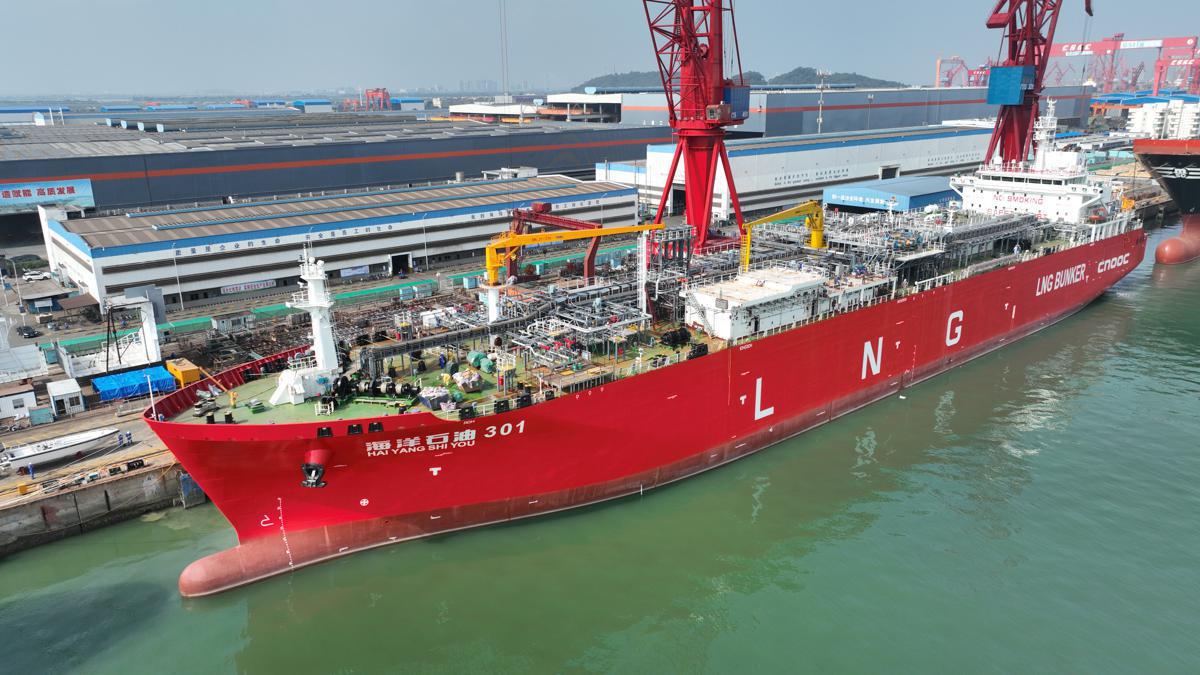 The world's largest LNG bunker vessel, the Hai Yang Shi You 301, was delivered for use in the Nansha district of Guangzhou, Guangdong province, on Tuesday. [Photo provided to chinadaily.com.cn]

It is the first LNG bunker independently designed, built, managed and operated in China.

Before it was reconstructed by GSI, the Hai Yang Shi You 301, which was officially put into operation in September 2015, operated between LNG terminals in China's coastal areas.