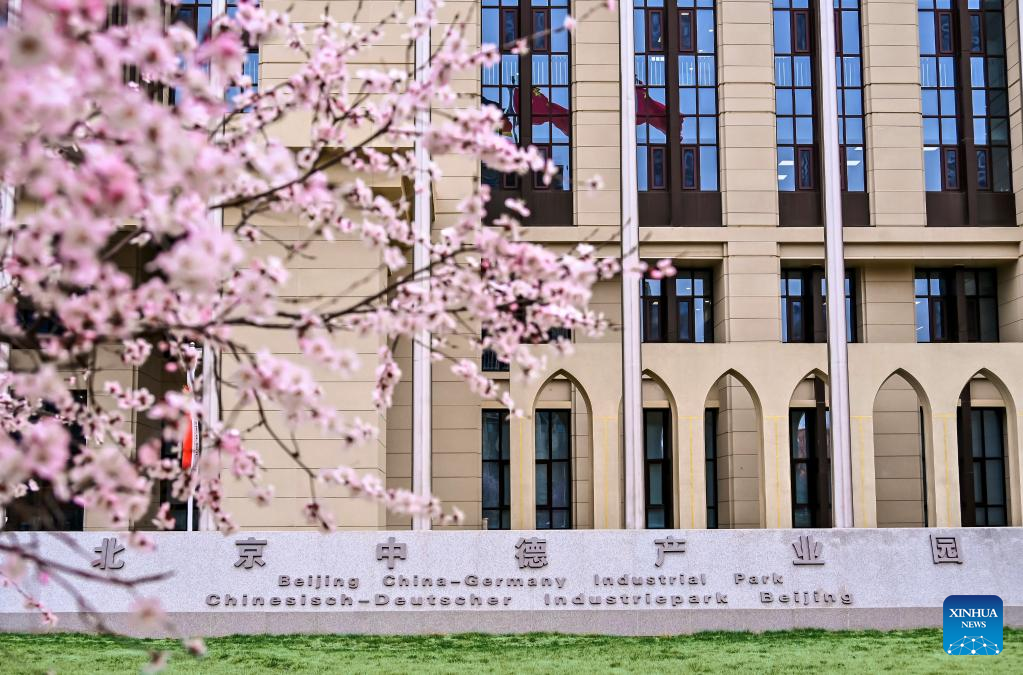 This undated photo shows a view of a Sino-German industrial park in Shunyi District of Beijing, capital of China. (Sino-German Industrial Park/Handout via Xinhua)

BEIJING, Nov. 19 (Xinhua) -- At the exhibition hall of Viessmann Heating Technology Beijing Co., Ltd., located at Sino-German Industrial Park in the Chinese capital's Shunyi District, the jersey and souvenirs of Bayern Munich, a world-renowned German football club, were eye-catching among all kinds of heating devices.

As a sponsor of Bayern, Viessmann provided heating solutions for the club's home court Allianz Arena. The heating pipes were installed under the turf to prevent the players from falling down due to the slippery court in winter, said Andrej Jautze, general manager of the company.

The Sino-German Industrial Park, a national-level cooperation project between the two countries, opened in December 2021. Besides Viessmann, more than 80 German enterprises, including engineering and technology companies Bosch, Mercedes-Benz, and BMW, have set up a branch at the park.

Jautze, born in Berlin, the capital of Germany, studied sinology at the Free University of Berlin and has lived in China for about 9 years.

"When I first came to Shunyi in 2010, the district was not as modern as it is today. Now, the excellent local education resources, convenient transportation, and beautiful natural landscape have made our life more convenient and at ease," Jautze said.

"China has a profound history. I am always willing to know more about this ancient country. In recent years, I witnessed China's great progress in technological innovation and manufacturing. The Chinese people I have met are friendly and hard-working," he added.

Viessmann has a research and development center in China with 40 employees, only one of which came from Germany, while the others are young Chinese talents.

"Following high-quality development standards, we pursue localized production, research, and development, which is a major goal of Viessmann in China," Jautze noted.

Omer Sahin Ganiyusufoglu, an academician of the German Academy of Science and Engineering, believed that the Sino-German cooperation is a perfect match, as China develops rapidly in the digital industry, while Germany leads the world in automobile manufacturing.

After China's entry into the World Trade Organization (WTO) in 2001, many German enterprises chose to establish a branch in Shunyi, near the Beijing Capital International Airport. The Wilo Group, one of the world's leading providers of pumps and pump systems, was one of them.

"The park provided favorable policies and services for us. The enterprises at the park cooperate with each other extensively. Wilo has decided to further increase investment in Beijing," Etienne said.

Gong Zongyuan, head of the Shunyi district government, said the Sino-German Industrial Park has been improving the business environment and the protection of the intellectual property rights for German enterprises and talents.

Currently, the park concentrates on new energy vehicles, intelligent equipment, digital economy, advanced manufacturing, and the service industry to develop the park into an international platform for industrial and technological cooperation.

"We strive to cultivate the coordinated development of upstream and downstream supply chains at the park," said Shi Mingde, president of the China-Germany Friendship Association.

Industry associations in sectors such as carbon peaking, carbon neutrality, and a robot cyber union were also set up at the park to further cooperation among the enterprises.

"The industrial park not only attracts German companies but also helps more Chinese counterparts to go abroad, which is a win-win mechanism," said Li Wei, secretary-general of the China-Germany Intelligent Manufacturing Industry Association.

According to the data released by the Federal Statistical Office of Germany, for the sixth year in a row, China was Germany's most important trading partner in 2021.

Now, the Sino-German Industrial Park communicates with a number of German institutions in China on a regular basis to further expand cooperation.

The friendship between China and Germany enables in-depth bilateral cooperation, which is conducive to the steady and peaceful development of the world, Shi noted. ■ 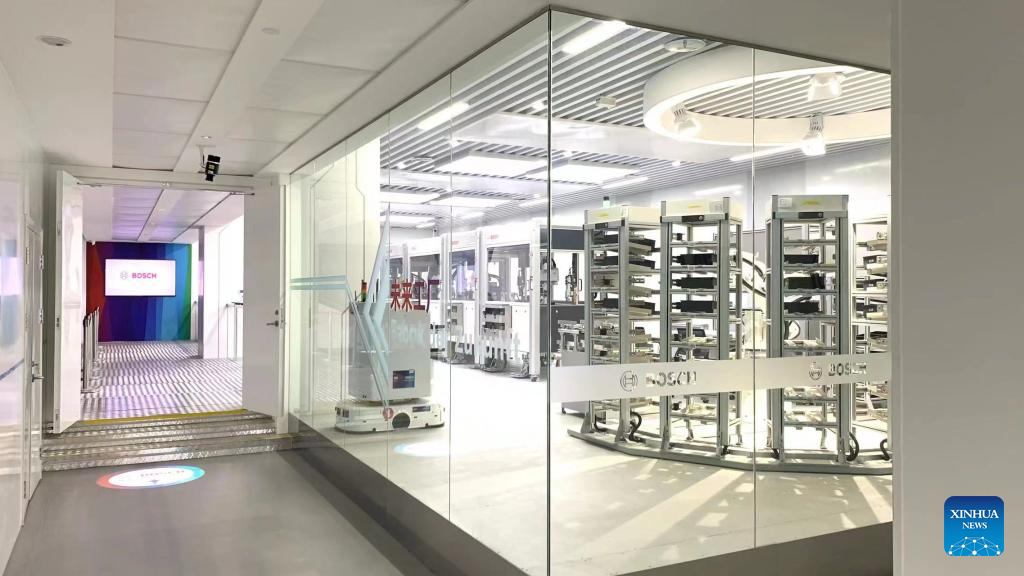 This undated photo shows a factory of Bosch in a Sino-German industrial park in Shunyi District of Beijing, capital of China. (Sino-German Industrial Park/Handout via Xinhua) 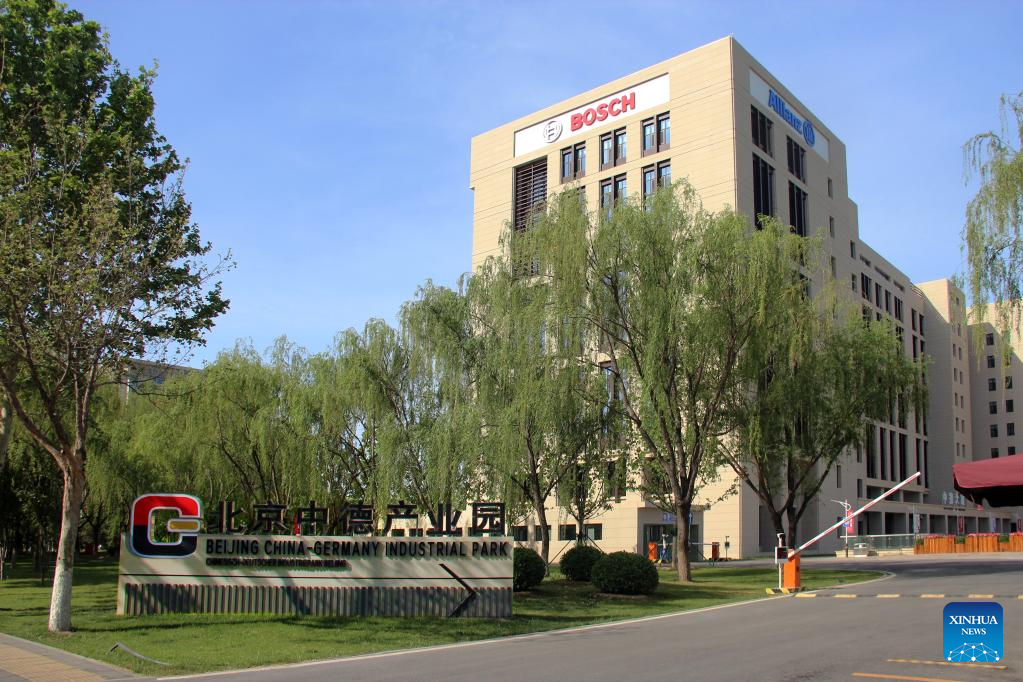 This file photo taken on May 7, 2022 shows a view of a Sino-German industrial park in Shunyi District of Beijing, capital of China. (Sino-German Industrial Park/Handout via Xinhua) 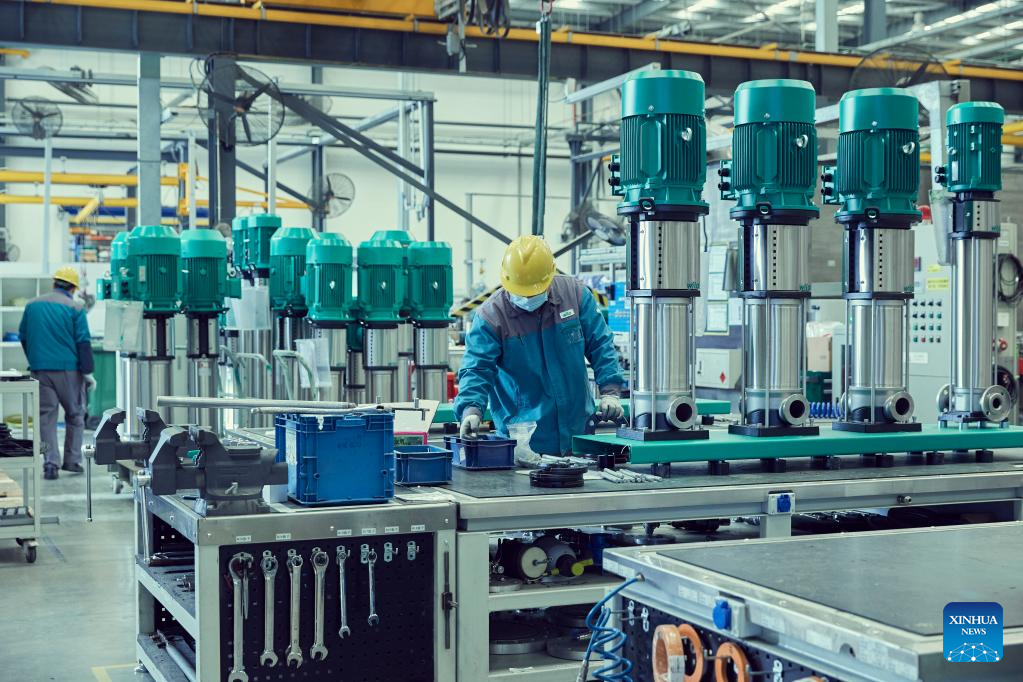 This file photo taken on May 15, 2022 shows a production line of Wilo Group, one of the world's leading providers of pumps and pump systems, in a Sino-German industrial park in Shunyi District of Beijing, capital of China. (Sino-German Industrial Park/Handout via Xinhua) 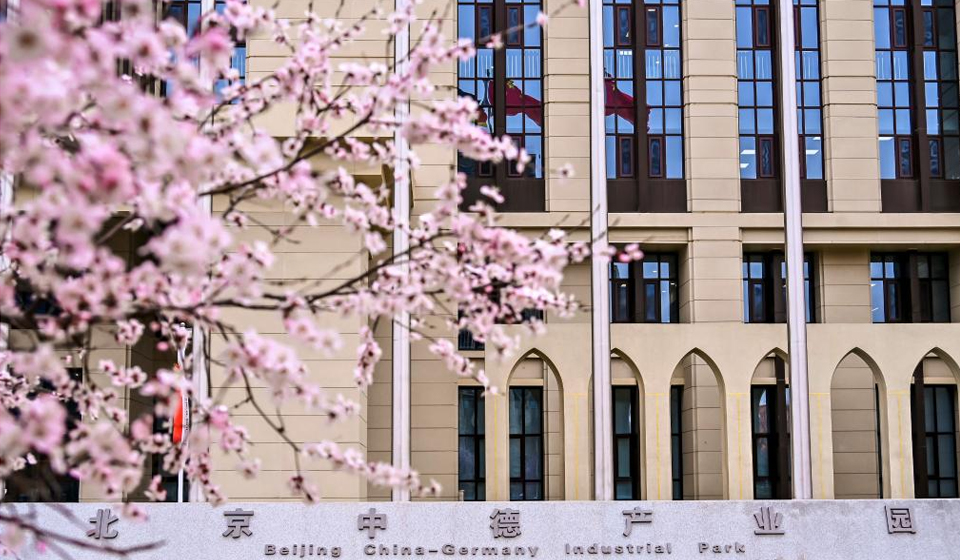