* As China is pressing ahead on a green development path, green jobs, including forest ranger and environmental sanitation engineer, have embraced a golden age of rapid development.

* Among all sub-sectors, the carbon-neutrality sector saw the largest year-on-year increase of over 400 percent in new jobs in the first quarter of this year.

* The total number of personnel needed in the carbon reduction field in China will be between 550,000 and 1 million during the 2021-2025 period.

SHIJIAZHUANG, Nov. 24 (Xinhua) -- Though the forest farm where Niu Yuzhu works in Zhuolu County, north China's Hebei Province, has been closed since winter, Niu has not stopped his daily patrols.

In addition to his patrol work, the 52-year-old has taken on other duties as the farm's "forest chief," including formulating forest management and protection plans, mobilizing locals to protect trees, and promoting the implementation of protection measures. He has been engaged in the industry since the age of 18, when he was in charge of tree planting at a state-owned nursery garden in the county. 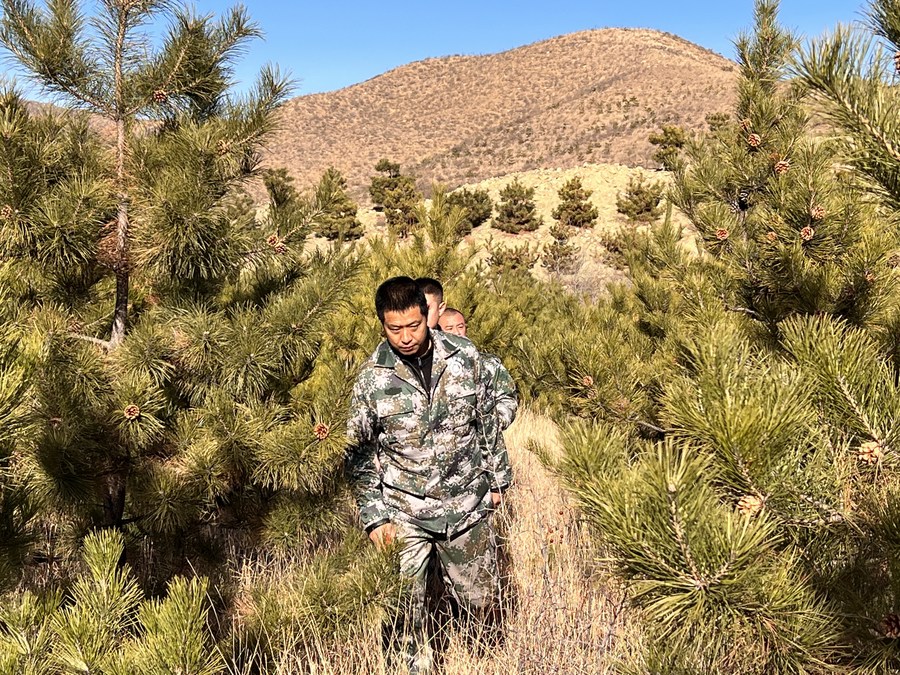 After decades of afforestation, the forest coverage rate of Zhuolu County has increased from 12 percent about 70 years ago to 54.43 percent today, with a total forest area of 147,113 hectares.

Zhuolu, a big forestry county, has become the epitome of China's green efforts in recent years. China has announced it will peak carbon dioxide emissions before 2030 and achieve carbon neutrality before 2060. Pressing ahead on a green development path, it has made every effort to live up to its promises.

With the carbon reduction drive, green jobs, including forest ranger and environmental sanitation engineer, have embraced a golden age of rapid development in China.

Recently, the Ministry of Human Resources and Social Security publicized a new edition of China's occupational classifications with 134 green professions, up from 127 in 2015. 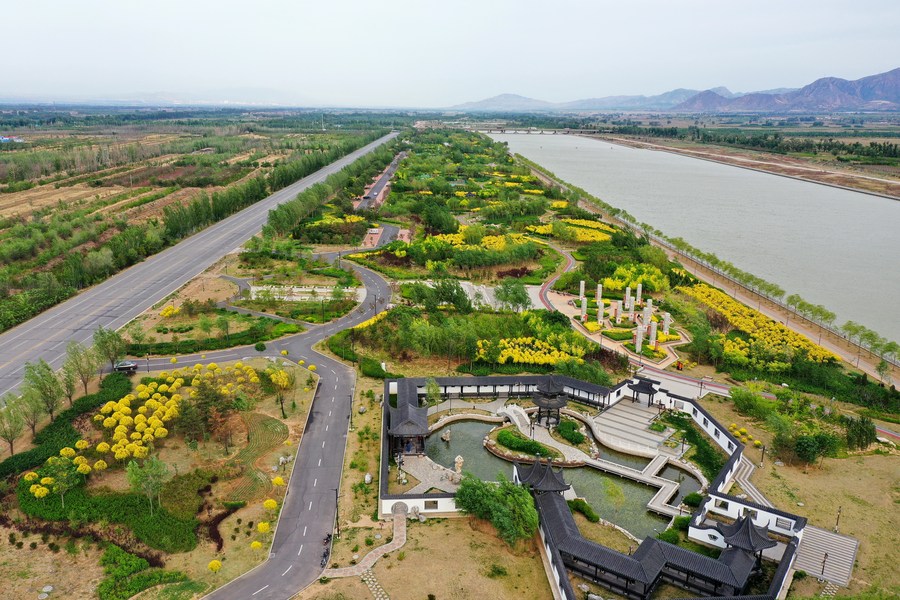 This aerial photo taken on May 19, 2021 shows a view of the Sangganhe riverside park in Zhuolu County of Zhangjiakou City, north China's Hebei Province. (Xinhua/Mu Yu)

Hu Yujie, 32, is an associate professor at Guizhou University. She also works as a carbon sequestration assessor.

"I once worked on a project that aimed to replace some daily household electricity with shallow geothermal energy, in a bid to reduce carbon emissions brought by fossil energy used in daily electricity generation," Hu said.

The creation of new green professions could also reflect economic and social development.

In Binhu New District in Hengshui City, Hebei Province, Liu Zhenjie has been working on the restoration of the Hengshui Lake wetland for 21 years. She is now the deputy director of the district's management committee. 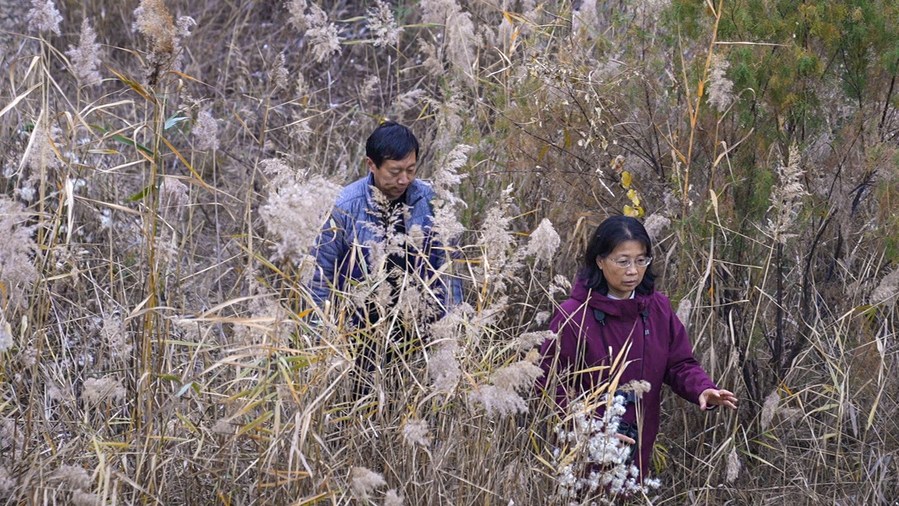 Covering 75 square km, Hengshui Lake is the only nature reserve on the North China Plain that maintains a complete wetland ecosystem of swamps, waters, mudflats, meadows and woodlands.

The burgeoning development of green professions can be mainly attributed to the country's carbon reduction drive, boosting graduate employment and entrepreneurship in this regard.

In 2021, China's carbon dioxide emissions per unit of GDP dropped by 34.4 percent from 2012, and the share of coal in its primary energy consumption fell from 68.5 percent to 56 percent during the period. The world's largest carbon trading market opened in Shanghai last year.

According to the China Petroleum and Chemical Industry Federation, the total number of personnel needed in the carbon reduction field in China will be between 550,000 and 1 million during the 2021-2025 period.

A report released this year by the job-seeking website Liepin shows that among all sub-sectors, the carbon-neutrality sector saw the largest year-on-year increase of over 400 percent in new jobs in the first quarter of this year. 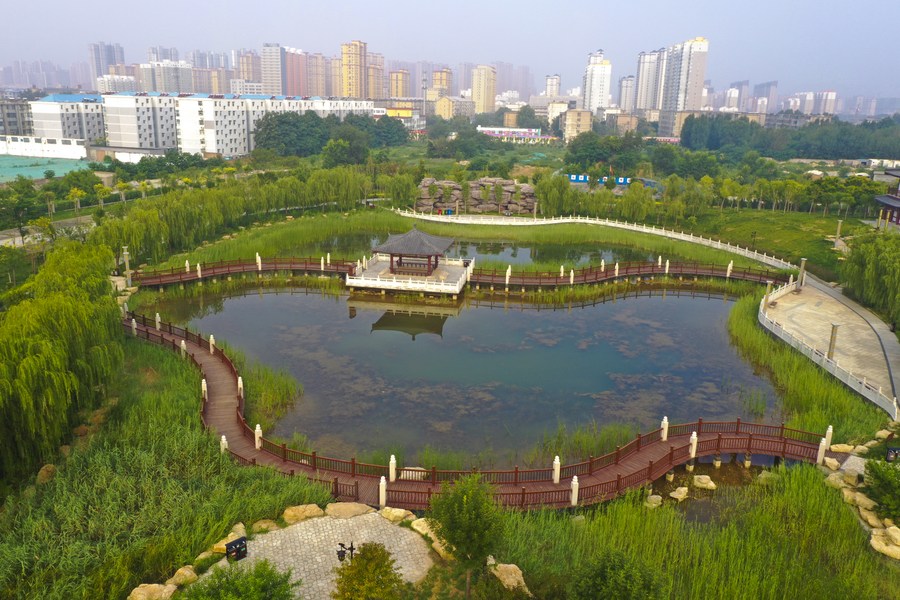 "China's hydrogen energy industry is now developing rapidly. As a new industry, it is very suitable and promising for young people to work in," said Liu Jianguo, a doctoral supervisor at the university.

"I'm from northeast China's Liaoning Province. In the past, the massive development of coal resulted in some environmental problems in my hometown," said freshman Lun Mingyuan. He said that as he is majoring in hydrogen energy, he wants to contribute to his hometown's green development in the future. 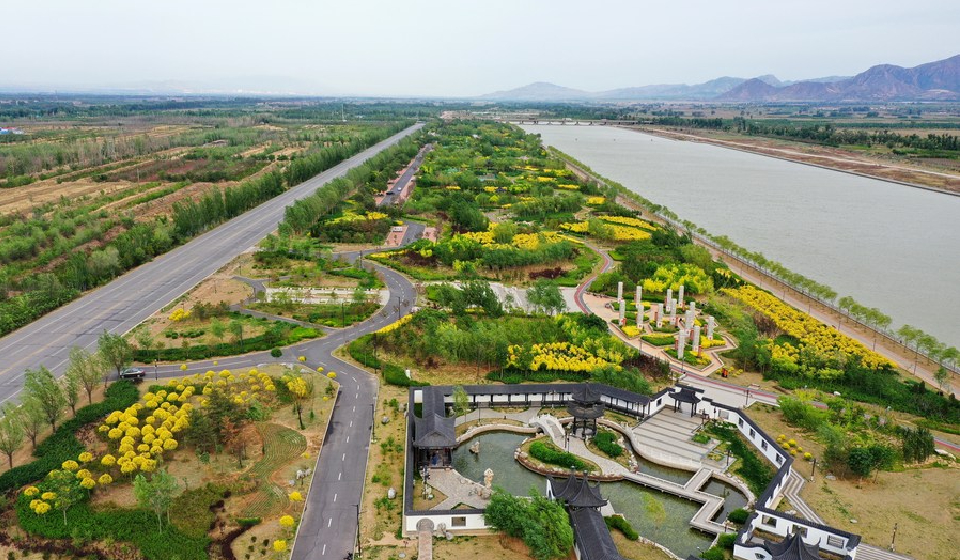