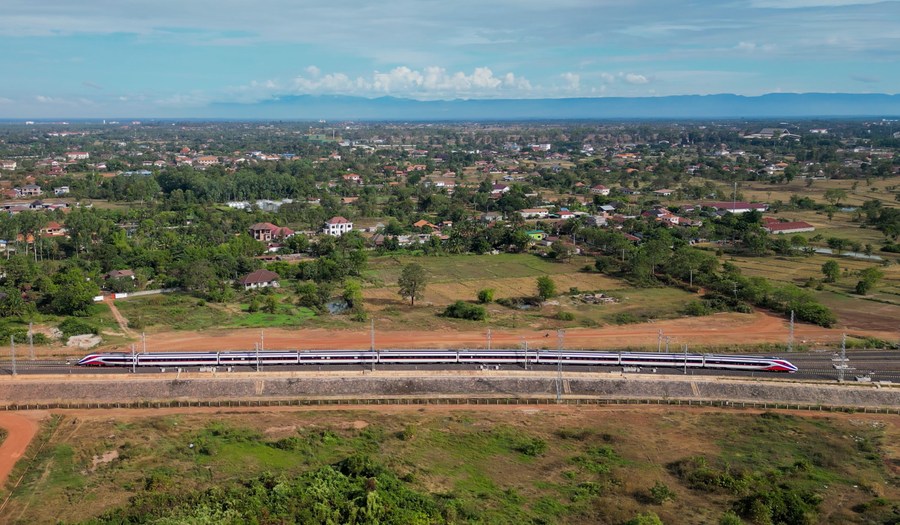 BEIJING, Dec. 2 (Xinhua) -- As of Friday, the China-Laos Railway has handled over 8.5 million passenger trips and transported 11.2 million tonnes of cargo since its launch a year ago, the Chinese railway operator said.

The railway has provided a convenient and efficient means of travel for residents from both countries, and also helped smooth logistics between China and the Association of Southeast Asian Nations, according to the China State Railway Group Co., Ltd.

Among the cargo transported, the cross-border transportation volume has reached 1.9 million tonnes, comprising over 1,200 kinds of goods such as fertilizers, electrical appliances, photovoltaic products, and cold-chain fruits, it said.

The China-Laos Railway connects Kunming in Yunnan Province with the Laotian capital Vientiane. The 1,035-km railway, a landmark project of high-quality Belt and Road cooperation, started operation on Dec. 3, 2021. ■ 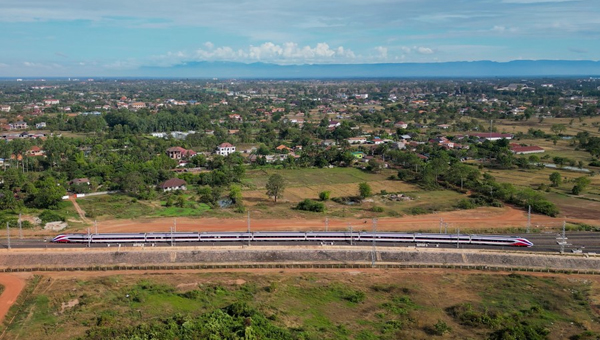