RIYADH, Dec. 10 (Xinhua) -- Chinese President Xi Jinping called on China and Arab states to carry forward the spirit of China-Arab friendship and foster a closer China-Arab community with a shared future, so as to deliver greater benefits to their peoples and advance the cause of human progress.

The summit issued the Riyadh Declaration which announced that China and Arab states agree to make all-out efforts to build a China-Arab community with a shared future in the new era.

Pointing out that China and Arab states enjoy a long history of friendly exchanges, Xi said the two sides have come to know and befriend each other through the ancient Silk Road, shared weal and woe in their respective struggles for national liberation, conducted win-win cooperation in the tide of economic globalization, and upheld fairness and justice in the changing international environment.

Together, China and Arab states have nurtured the spirit of friendship featuring "solidarity and mutual assistance, equality and mutual benefit, and inclusiveness and mutual learning," Xi said.

He noted that solidarity and mutual assistance is a distinct feature of China-Arab friendship, stressing that China and Arab states trust each other and firmly support each other on issues involving their respective core interests, and that the China-Arab strategic partnership is unbreakable.

Equality and mutual benefit, Xi said, is a constant driver for China-Arab friendship. The two sides have set an example for South-South cooperation in pursuing mutually beneficial collaboration, he added.

Inclusiveness and mutual learning is a key value inherent in their friendship, Xi said, adding that China and Arab states appreciate each other's civilizations and learn from each other, and that the two sides advocate together inter-civilizational dialogue and endeavor to safeguard the diversity of world civilizations.

Xi underscored that the world today is in a new period of turbulence and transformation, noting that the Middle East is undergoing new and profound changes. The aspiration of the Arab people for peace and development is much more compelling, and their call for equity and justice is stronger than ever, he said.

China and Arab states, Xi said, should stay independent and defend their common interests. China supports Arab states in independently exploring development paths suited to their national conditions and holding their future firmly in their own hands, he added.

China is ready to deepen strategic mutual trust with Arab states, and firmly support each other in safeguarding sovereignty, territorial integrity and national dignity, Xi said, emphasizing that the two sides should jointly uphold the principle of non-interference in other countries' internal affairs, practice true multilateralism, and defend the legitimate rights and interests of developing countries.

Xi urged China and Arab states to focus on economic development and promote win-win cooperation, adding that the two sides should strengthen synergy between their development strategies, and promote high-quality Belt and Road cooperation. 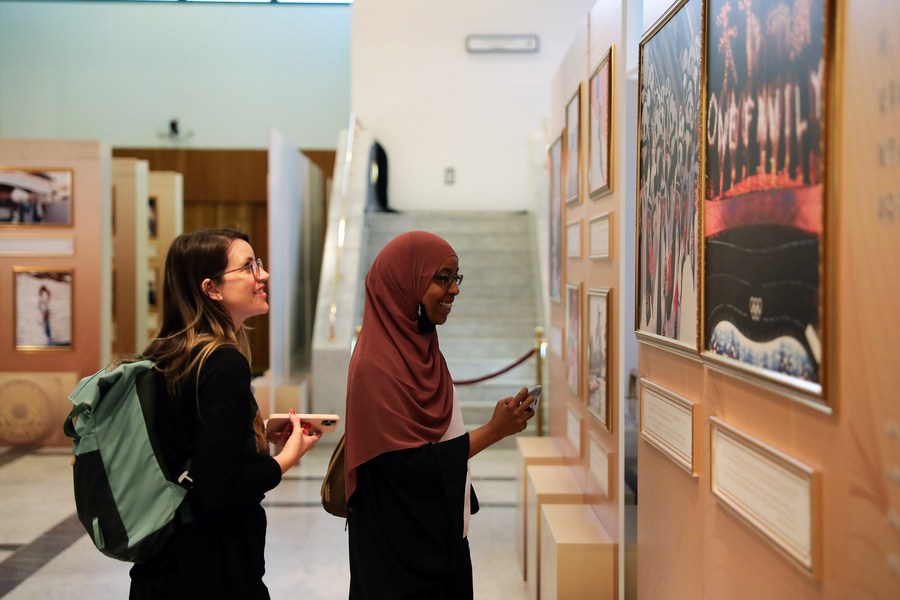 Both sides need to consolidate cooperation in traditional areas including economy and trade, energy and infrastructure development, Xi said. In the meantime, he added, the two sides should strengthen new sources of growth such as green and low-carbon development, health and medical services, and investment and finance, and expand new frontiers including aviation and aerospace, digital economy and peaceful use of nuclear energy.

China and Arab states should also work together to tackle major challenges like food security and energy security, Xi urged, adding that China will work with the Arab side to implement the Global Development Initiative (GDI) and drive sustainable development of South-South cooperation.

He also called on China and Arab states to uphold regional peace and strive for common security. China supports the Arab side in promoting political settlement of hotspot and challenging issues with Arab wisdom, and build a common, comprehensive, cooperative and sustainable security architecture in the Middle East, he added.

China urges the international community to respect the role of the Middle East people as masters of their own affairs, and add positive energy to the security and stability of the region, Xi said.

Arab countries are welcomed to participate in the Global Security Initiative (GSI), he said, noting that China will continue to contribute Chinese wisdom to promoting peace and tranquility in the Middle East.

In addition, Xi called for joint efforts of China and Arab states to increase exchanges among civilizations to enhance mutual understanding and trust. The two sides need to increase personnel exchange, deepen people-to-people cooperation, and promote the exchange of governance experience, he stressed.

The two sides, Xi added, need to jointly oppose Islamophobia, carry out cooperation on deradicalization, and reject association of terrorism with any particular ethnic group or religion.

The Chinese president pointed out that as the first follow-up step of building a China-Arab community with a shared future and implementing the Outline of the Comprehensive Cooperation Plan (OCCP) Between the People's Republic of China and Arab States, China will, in the next three to five years, work with the Arab side to advance eight major cooperation initiatives in areas including development support, food security, public health, green innovation, energy security, inter-civilizational dialogue, youth development, and security and stability.

Xi stressed that the Palestinian issue bears on peace and stability in the Middle East. Noting that the historical injustices done to the Palestinian people should not be left unattended indefinitely, Xi said the legitimate rights and interests of a nation are not up for trade, and that the demand to establish an independent state shall not be denied.

He called on the international community to stay firm in its commitment to the two-state solution and the principle of "land for peace," make resolute efforts to promote peace talks, and strive for a just settlement of the Palestinian issue at an early date, noting that China supports Palestine in becoming a full member of the United Nations, and will continue to provide humanitarian assistance to Palestine and support livelihood projects in the country.

Toward the end of his remarks, Xi pointed out that the 20th National Congress of the Communist Party of China laid out the tasks and path of advancing the rejuvenation of the Chinese nation on all fronts through Chinese modernization.

China will stay committed to upholding world peace, promoting common development, and building a community with a shared future for mankind, Xi said, adding that by doing so, China wishes to create new opportunities for Arab states and all other countries with China's new development.

Arab leaders at the summit actively echoed Xi's speech and the eight major cooperation initiatives he proposed. They noted that the friendly relations between Arab states and China are forged on the basis of mutual respect, equal cooperation and mutual benefit, and that the Arab world attaches high importance to China's development achievements and its vital role in the world.

They commended China for putting forth the Belt and Road Initiative, the GDI and the GSI, and highly recognized China's important propositions for facilitating political settlement of regional hotspot issues, its consistent support for the legitimate rights and interests of the Palestinian people, and its commitment to upholding justice in the international community.

In a world in danger of division and confrontation and still haunted by unilateralism and hegemony, deepening the Arab-China strategic partnership would help realize fairness and justice and uphold world peace, prosperity and development, they said. 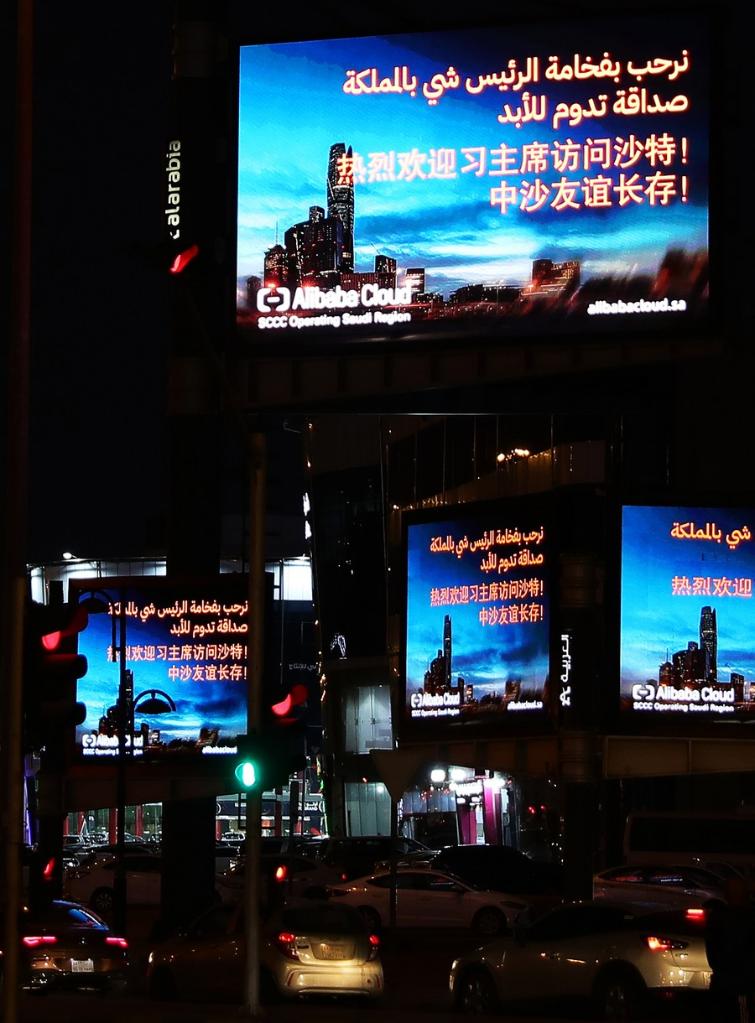 The Arab leaders said that the summit between Arab countries and China is opportune, reflecting the high-level of Arab-China relations and representing a continuation and development of the cooperation forum between the two sides.

Through this summit, the Arab side hopes to further cement the friendship and mutual trust with China, make comprehensive plans for and strengthen their mutually beneficial cooperation across the board, build an Arab-China community with a shared future in the new era and bring the Arab-China strategic partnership to a new level, so as to better serve the common interests of Arab states and China, and realize the shared aspirations of the Arab and Chinese people, they said.

The Arab leaders voiced their confidence that this summit will become an important milestone in the history of Arab-China relations.

They said the Arab side upholds independence and autonomy, and is firmly committed to the one-China principle. They will continue to firmly support China on issues concerning China's core interests and oppose any hostile actions against China.

The Arab world hopes to work with China to deliver on the outcomes of this summit, advance the eight major cooperation initiatives, continue to promote Belt and Road cooperation, step up communication and coordination on international and regional affairs.

The summit issued the OCCP between China and Arab States and a document on deepening the Sino-Arab strategic partnership for peace and development.

A number of cooperation documents on Belt and Road cooperation, energy, food, investment, green development, security, aerospace and other fields have been signed and reached between relevant Chinese departments and the Arab side, the AL General Secretariat and the affiliated bodies of the Gulf Cooperation Council. 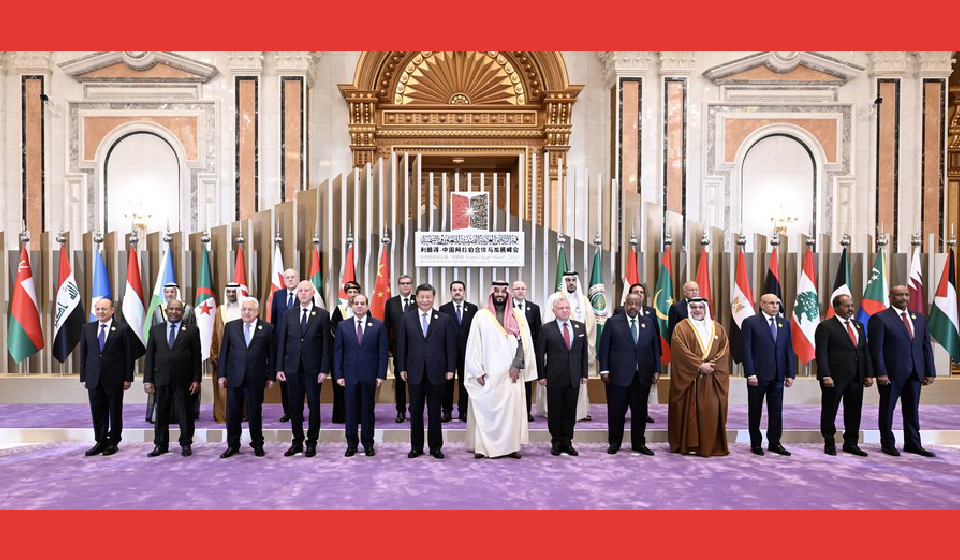