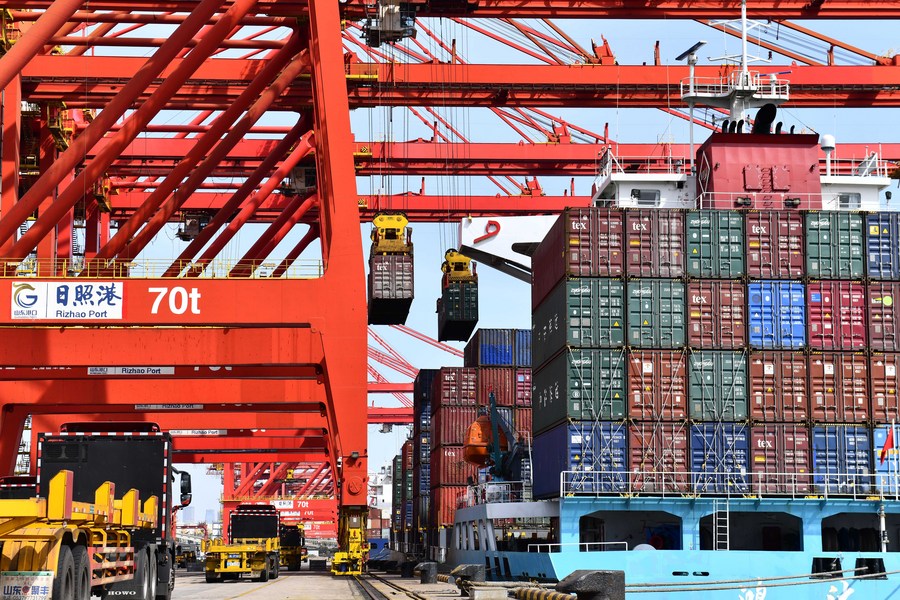 China has intensified its macro-control this year to cope with the impact of "factors beyond expectations" and maintained overall economic and social stability, a hard-won achievement, according to the tone-setting annual Central Economic Work Conference last week.

Acknowledging the presence of domestic pressure and external volatility, policymakers at the meeting said they anticipate an overall improvement in the country's economic performance next year, citing strong resilience, potential and dynamism in the economy and the support of pro-growth policies.

The year 2022 has not been an easy year for China. After registering only 0.4-percent gross domestic product (GDP) growth in the second quarter due to the highly transmissible Omicron flare-ups, the Chinese economy regained its footing quickly by attaining a 3.9-percent rebound in Q3 and continues to serve as a major global growth engine.

The V-shaped recovery came along with continuous improvement in the quality of growth. In the first 11 months of the year, fixed-asset investment in the high-tech sector climbed 19.9 percent year on year, while the added value of high-tech manufacturing rose 8 percent, 4.2 percentage points higher than the total for industrial enterprises above the designated size.

During the period, the sales and export volumes of China's new energy vehicles both ranked first globally, and the country's e-commerce sector gathered strong momentum in the first 11 months, with the share of online retail sales expanding significantly.

Meanwhile, great strides were made in technological innovation. In the Global Innovation Index 2022 released by the World Intellectual Property Organization, China has risen to the 11th rank among the 132 economies surveyed.

Though China's annual GDP growth rate is likely to undershoot the target set at the beginning of the year, many other development goals have been well accomplished, said Han Wenxiu, executive deputy director of the office of the Central Committee for Financial and Economic Affairs. He expects the country's economic output for the year 2022 to exceed 120 trillion yuan (about 17.21 trillion yuan).

The optimized COVID-19 response, combined with existing and incremental policy, will exert a major positive impact on economic recovery, Han said, adding that the normalcy in life and work will return at a brisk pace in the first half of 2023, particularly in the second quarter, as economic vitality is unleashed.

Liang Guoyong, a senior economist with the UN Conference on Trade and Development, anticipates that China's economy will show a strong recovery in 2023, with growth momentum considerably strengthened.

"This will provide an important impetus for global economic growth and contribute to its overall stability," Liang said.

As the world's largest trader of goods and second-largest trader of services, China has taken concrete actions to advance higher-standard opening-up this year, delivering greater benefits to the rest of the world.

These steps include accelerating the development of pilot free trade zones and the Hainan Free Trade Port, putting into effect a shorter negative list for foreign investment, and rolling out new measures to encourage manufacturing-focused foreign investment.

Attracted by the huge market, solid economic growth and an improving business environment, a host of multinationals are betting on the Chinese market and doubling down their operation and investment here despite the gloomy global investment sentiment.

In the first 10 months of this year, foreign direct investment (FDI) in the Chinese mainland in actual use went up 14.4 percent year on year to 1.09 trillion yuan, official data showed. The high-tech manufacturing sector reported much stronger growth, with FDI inflows surging 57.2 percent year on year in the period.

"Amid the rising uncertainties in global economic recovery, China's continuous high-quality opening up mirrors the country's firm determination, huge market potential and great policy synergy, which will boost global market confidence," said Gu Xueming, head of the Chinese Academy of International Trade and Economic Cooperation under the Ministry of Commerce.

A country with the world's biggest and most complete industrial system, China has played a crucial role in mitigating the impact of the global industrial chain snags this year.

To stabilize the global industrial chains, many cities in China have expanded their transportation services and launched new direct air and sea routes to facilitate the cross-border flow of people and goods, thereby bolstering international trade and global recovery.

By strengthening the resilience of industrial and supply chains, China has helped ease the inflation pressure globally.

While people in some Western countries are paying a high price for inflation, China kept its consumer price index, a main gauge of inflation, at a relatively low level in the first 11 months of the year, and adopted steps to ensure sufficient grain output and stabilize prices.

Zhang Zheren, an analyst from the Institute of Foreign Economic Research under the National Development and Reform Commission, believes that China's stable economic growth, along with its advanced manufacturing prowess and prudent monetary policy, has made it a significant "stabilizer" for global prices.

"I believe that in the future, with the impact of the pandemic easing domestically, China's strong productivity and the diversified opening up platform will contribute more to the stability of global prices," Zhang said. ■ 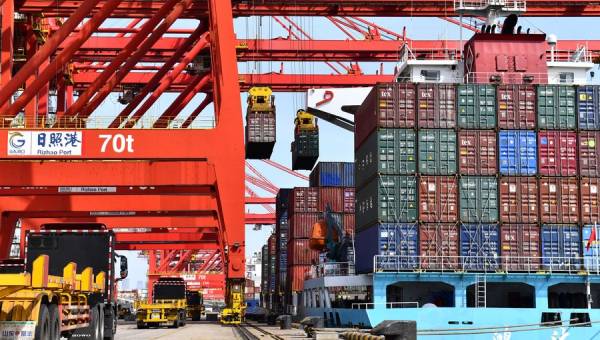