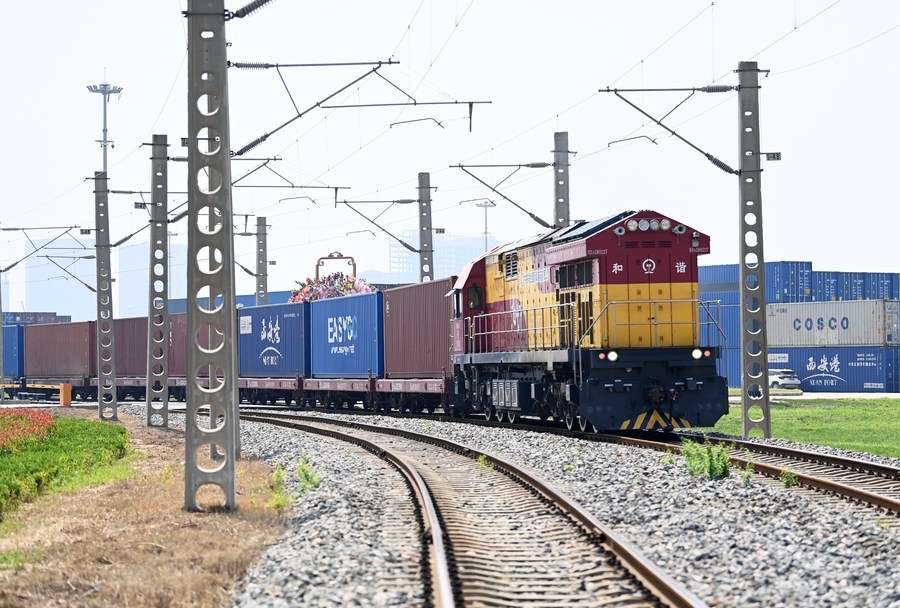 The city ranked first among Chinese cities operating the China-Europe freight service for the number of train trips, the cargo volume and the rate of heavy containers in 2022.

Since its launch in 2013, the Chang'an service has opened 17 cargo routes linking Xi'an with destinations in Asia and Europe, and has handled a total of 16,054 train trips. ■