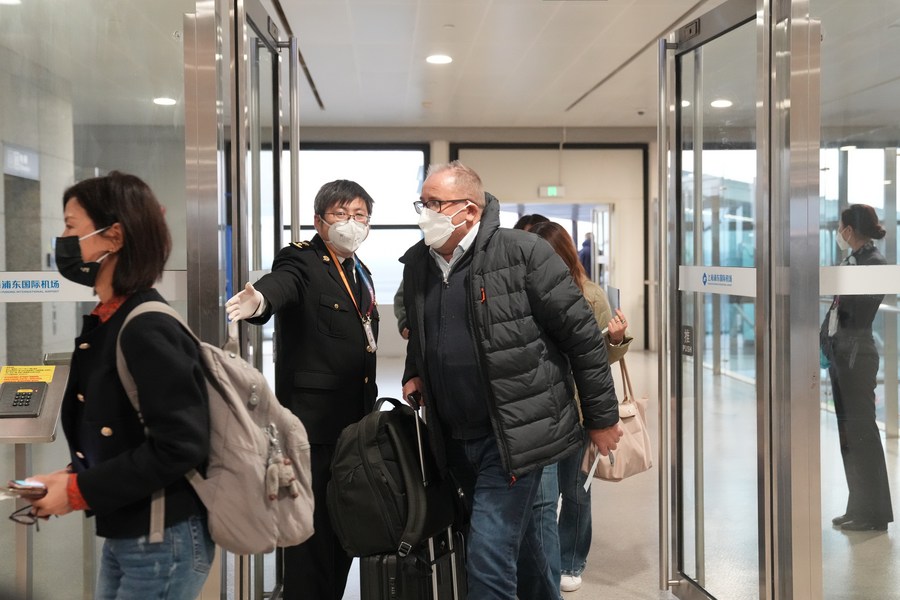 BEIJING, Jan. 8 (Xinhua) -- At around 6:30 a.m. on Sunday, flight NZ289 from New Zealand landed at the Pudong International Airport. It was the first international inbound flight to arrive in Shanghai after China downgraded its management of COVID-19, meaning those on board would not be subject to quarantine.

Shaly Rauss, a German passenger on the flight who lives in Shanghai, went to New Zealand for a holiday three weeks ago. "I felt so lucky. We booked tickets one year ago. I did not know then that this would happen. We were expecting quarantine but now we don't have to quarantine. I feel very happy," she said.

This downgrade in management policy will facilitate the smooth and orderly cross-border travel of Chinese and foreign nationals, enhance international exchanges and cooperation, and also help boost the global economy.

On Jan. 9, Shandong Airlines will fly its first inbound flight under the new measures, from Seoul to Jinan, Shandong Province.

"This shift brings convenience for cross-border travel. We are now fully promoting the resumption and opening of international and regional routes," said Wu Wanyuan, director of the media center of Shandong Airlines.

According to a recent survey conducted by the China Council for the Promotion of International Trade, 91 percent of foreign enterprises and business associations surveyed strongly supported China's optimization of epidemic policies, while 99.4 percent of the foreign companies surveyed were bullish about the prospects of China's economic development in 2023.

"China's adjustment and optimization of epidemic prevention measures and orderly resumption of international flights provide favorable conditions for the recovery of the international air transport market," said a spokesperson for the China Air Transport Association.

China's relevant air transport enterprises are making careful preparations to increase international capacity in an orderly manner, actively and steadily promote the resumption of operation of international passenger flights, and meet the needs of international personnel exchanges and economic and trade cooperation, the spokesperson added.

The country is also witnessing a tourism recovery. According to the latest data from China's online travel service provider Tuniu, inter-provincial travel is expected to return to its dominant role in tourism consumption during the upcoming Spring Festival holiday this year, with inter-provincial travel orders accounting for nearly 70 percent of the total.

Sun Qian, a tourist from Lanzhou, capital of Gansu Province, is on vacation with her daughter in Sanya, a resort city in Hainan Province.

"There are obviously a lot more visitors in Sanya than in the previous two years, and people are having a great time and are feeling safe here," she said.

A report from Trip.com Group showed a 45 percent year-on-year increase in travel product bookings for the Spring Festival holiday period and a 53 percent increase in per capita travel spending as of Thursday.

"With the new measure officially implemented, we are full of confidence in a tourism recovery," said Zhang Lei, deputy general manager of a tourism service company in the city of Qufu, Shandong Province. 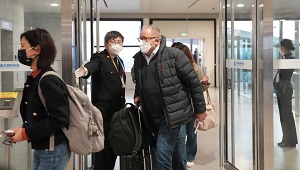