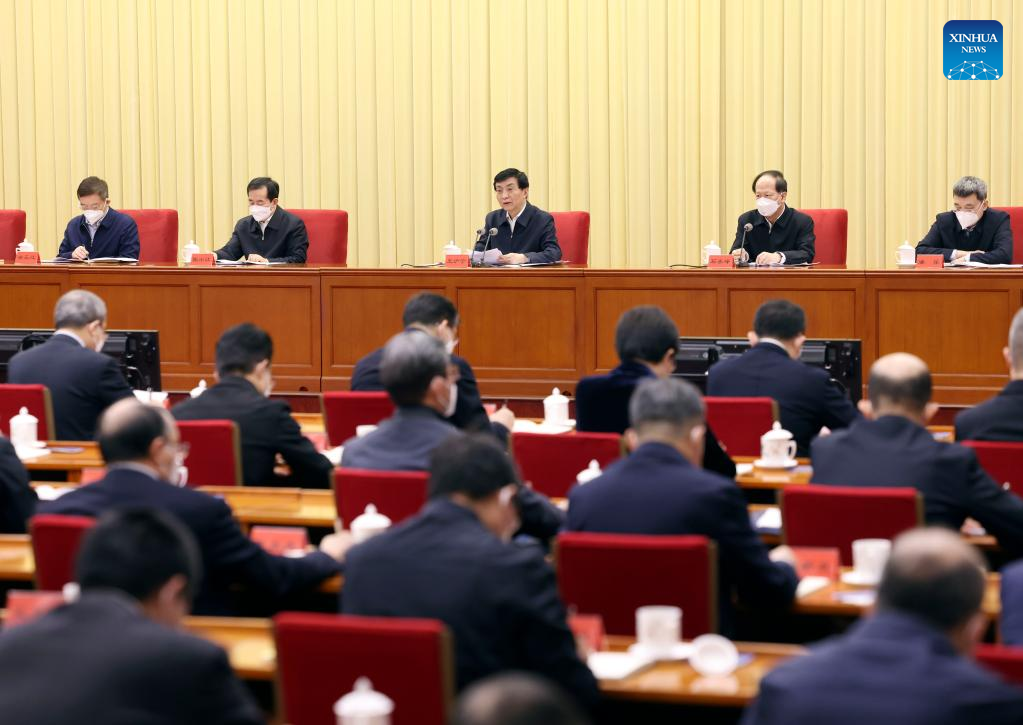 Wang Huning, a member of the Standing Committee of the Political Bureau of the Communist Party of China (CPC) Central Committee, speaks at a conference for heads of united front work departments across China, in Beijing, capital of China, Jan. 10, 2023. (Xinhua/Liu Weibing)

BEIJING, Jan. 10 (Xinhua) -- A senior official of the Communist Party of China (CPC) has called for giving better play to the role of the united front in rallying the people's support and pooling their strength as the country is advancing the rejuvenation of the Chinese nation on all fronts through a Chinese path to modernization.

Wang Huning, a member of the Standing Committee of the Political Bureau of the CPC Central Committee, made the remarks at a conference for heads of united front work departments across China held Tuesday in Beijing.

A correct political orientation must be maintained in the work of the united front, he noted.

Wang stressed the importance of consolidating and developing the broadest possible patriotic united front in the new era to strive for unity for realizing the objectives and tasks set at the 20th CPC National Congress.

He also called for efforts to strengthen the Party's overall leadership over the united front work. 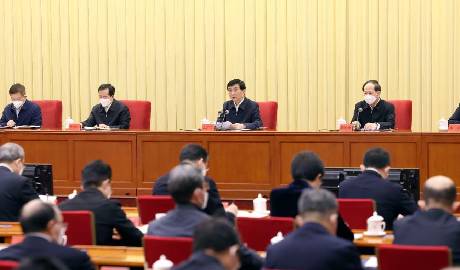