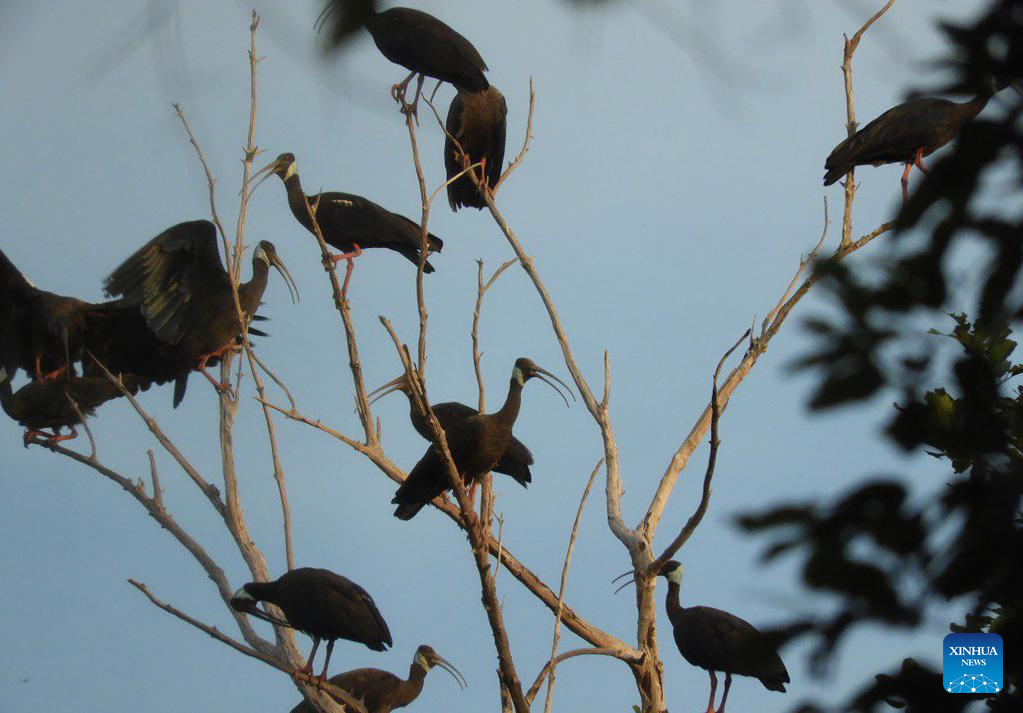 This undated photo shows white-shouldered ibis sitting in a tree in the Siem Pang Wildlife Sanctuary in Stung Treng province, Cambodia. (Vichet/BirdLife in Cambodia/Handout via Xinhua)

PHNOM PENH, Jan. 12 (Xinhua) -- Cambodia recorded 792 rare white-shouldered ibis in its 2022 census, an increase of 5 percent from 755 birds in a year earlier, conservationists said on Thursday.

"The white-shouldered ibis is one of the rarest birds in the world, with the global population of approximately 1,000 birds," he told Xinhua. "Cambodia is the largest habitat for this critically endangered species, accounting for nearly 80 percent of the global population."

Vorsak said BirdLife in Cambodia is delighted to support this species working group to develop and implement the Cambodian ibis conservation action plan to protect the critically endangered birds from extinction.

White-shouldered ibis (Pseudibis davisoni) is classed as critically endangered, the highest category of threat for a species, on the International Union for Conservation of Nature (IUCN) Red List, he said.

Neth Pheaktra, secretary of state and spokesman for the Ministry of Environment, said the government thanked all conservation partners for their efforts to protect and conserve natural resources and wildlife, including white-shouldered ibis.

World Wide Fund (WWF) Cambodia country director Seng Teak congratulates the rising number of white-shouldered ibis population trends in Cambodia, saying that it is a positive result for the conservation and protection of the species.

"We stand ready to collaborate on the joint conservation action efforts to thrive for stronger survival of this rare species," Teak added. 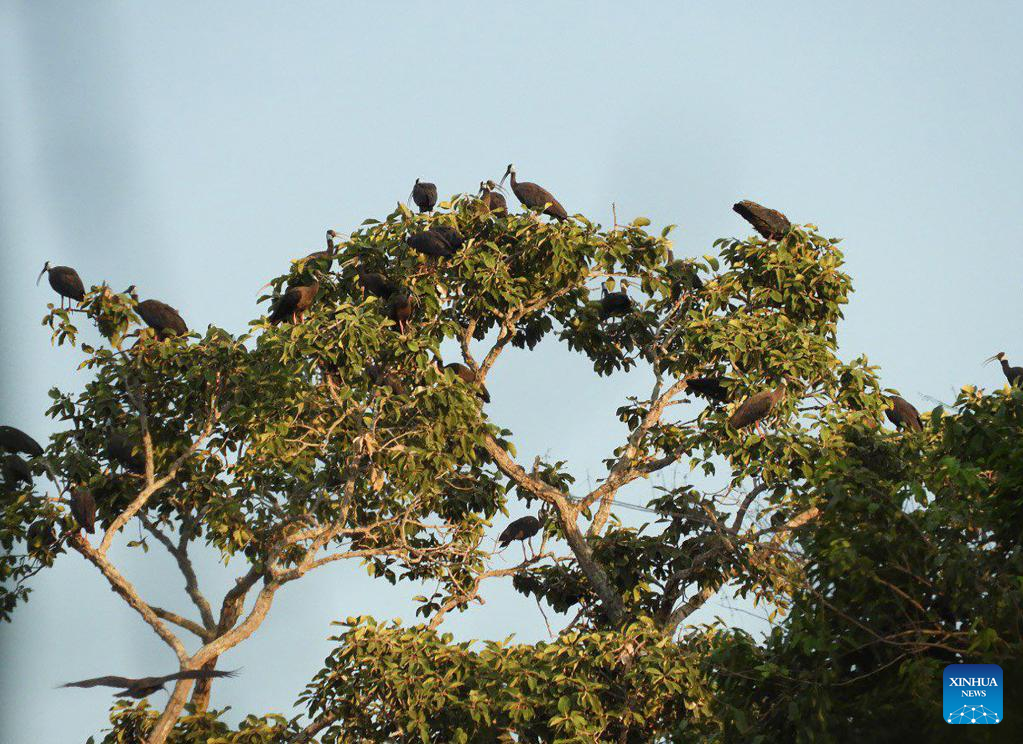 This undated photo shows white-shouldered ibis sitting in a tree in the Siem Pang Wildlife Sanctuary in Stung Treng province, Cambodia. (Vichet/BirdLife in Cambodia/Handout via Xinhua)