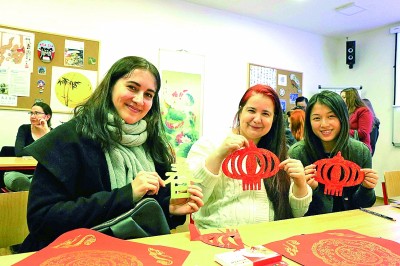 Photo taken on January 6, 2023 shows people enjoying paper-cutting activities held by the Confucius Institute of University of Finance and Administration in Prague, capital of Czekh. By engaging in Chinese traditional activities, people there celebrate the Chinese Lunar New Year with their Chinese friends.(Yang Yiming/Guangming Picture) 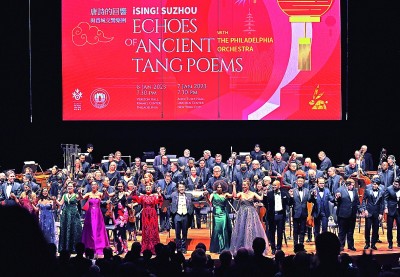 Photo taken on January 7, 2023 shows artists bowing thanks to the audience at the concert themed "Echoes of Ancient Tang Poems", which was held at Lincoln Center in New York.(Xinhua) 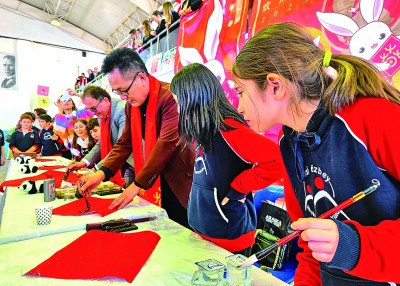 Photo taken on January 5, 2023 shows a Chinese artist teaching students Chinese caligraphy during activities in celebration of the Chinese Lunar New Year held at a local middle school by Embassy of People's Republic of China in Türkiye.(Jing Kai/Guangming Picture)