*With Spring Festival around the corner, China's vast rural areas are making all-out efforts to counter potential challenges in COVID-19 control as people return to their hometowns.

*An optimized COVID response has brought about the busiest travel rush in three years, with 2.1 billion passenger trips expected to be made from Jan. 7 to Feb. 15, according to the Ministry of Transport.

*A slew of measures has been implemented and resources have been mobilized to ensure that long-awaited family reunions are joyful and safe.

HEFEI, Jan. 16 (Xinhua) -- With Spring Festival around the corner, China's vast rural areas are making all-out efforts to counter potential challenges in COVID-19 control as people return to their hometowns.

A slew of measures has been implemented and resources have been mobilized to prevent infections and strengthen medical capacities across the countryside to ensure that long-awaited family reunions are joyful and safe.

This year's Spring Festival, or Lunar New Year, falls on Jan. 22. An optimized COVID response has brought about the busiest travel rush in three years, with 2.1 billion passenger trips expected to be made from Jan. 7 to Feb. 15, according to the Ministry of Transport.

With regards to COVID containment amid mass migration, a rural response task force under the State Council issued a letter to rural residents in early January, calling for improved health and hygiene awareness, reduced gatherings, among others, during the holiday. 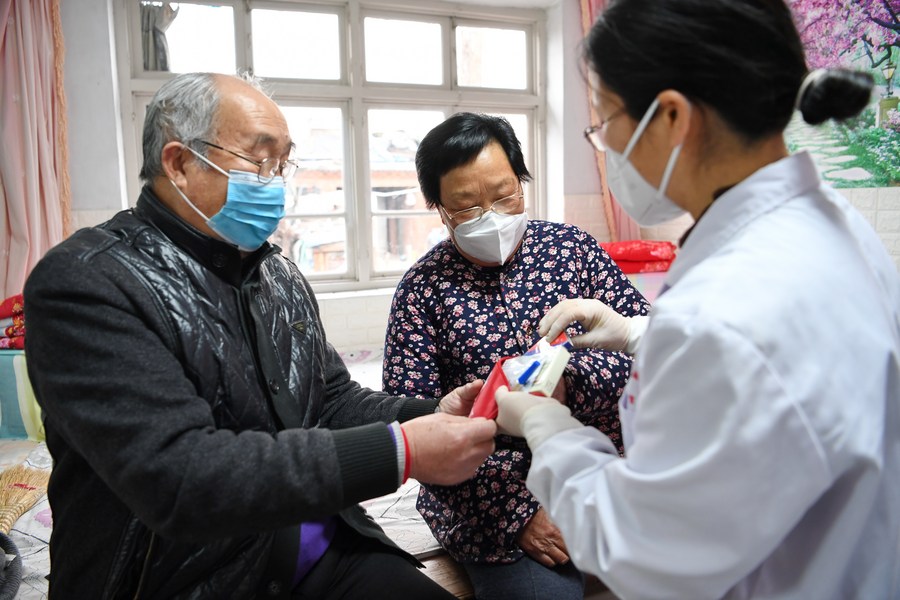 Shouxian County in east China's Anhui Province expects to see approximately 220,000 people return home, many from densely populated regions such as Shanghai and Zhejiang, where infections have already peaked.

In order to keep the virus away from high-risk groups, "we suggest that people returning home take personal protection measures on their journeys, reduce contact with the elderly and children, and avoid crowds in rural areas," said Ma Keyi, an official with the county's health commission.

The county government has also advised people to register with their villages or communities after their arrival, so that local doctors are able to provide timely medical services if needed.

China has made rural areas a focal point in the country's current COVID response, with priority given to the supply of medicines.

The State Council inter-agency task force for COVID-19 response has established a system for coordinating the supply of drugs and other key medical supplies on a daily basis, said Nie Chunlei, an official from the National Health Commission (NHC).

At a press conference on Saturday, NHC official Jiao Yahui said that monitoring has shown that supplies of drugs in township health centers have seen continuous improvement. 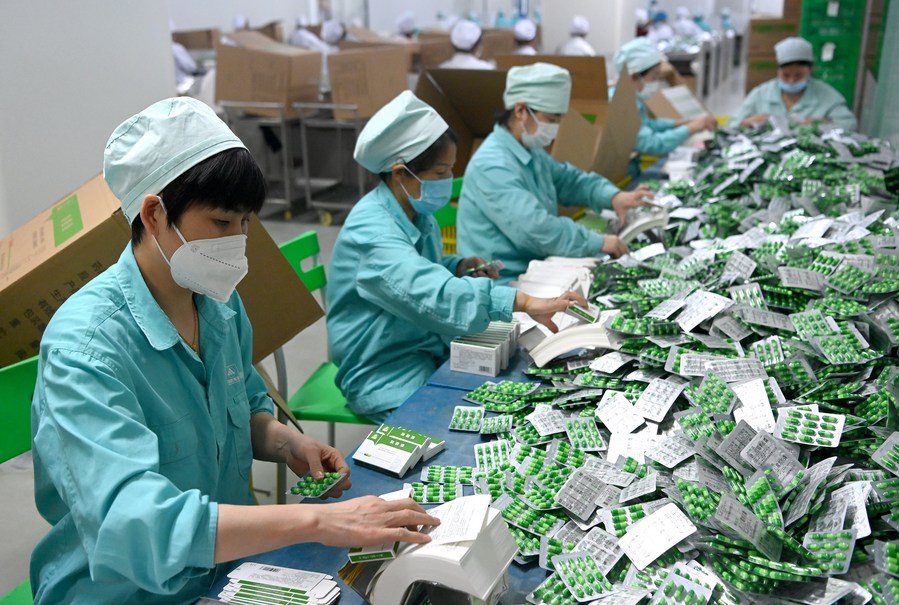 Grassroots medical institutions are now also better equipped. A total of 1.17 million finger pulse oximeters have been distributed to village clinics across the country, according to Jiao.

In Shouxian County in Anhui, every village clinic has received two finger pulse oximeters, which help doctors identify severe COVID-19 cases at an early stage. And 56 oxygen generators and 243 oxygen tanks have been distributed to the county's 25 township health centers.

Village doctor Tao Junhong, 26, has won the hearts and trust of residents of Dadi Village in Puding County, southwest China's Guizhou Province. He is often affectionately referred to as the village's "Little Doctor."

"Our 'Little Doctor' often pays home visits to resolve our health problems, and he helps me take care of my husband, who suffered a stroke years ago," said Wang Jingzhen, whose 71-year-old husband has just recovered from a fever and coughing. 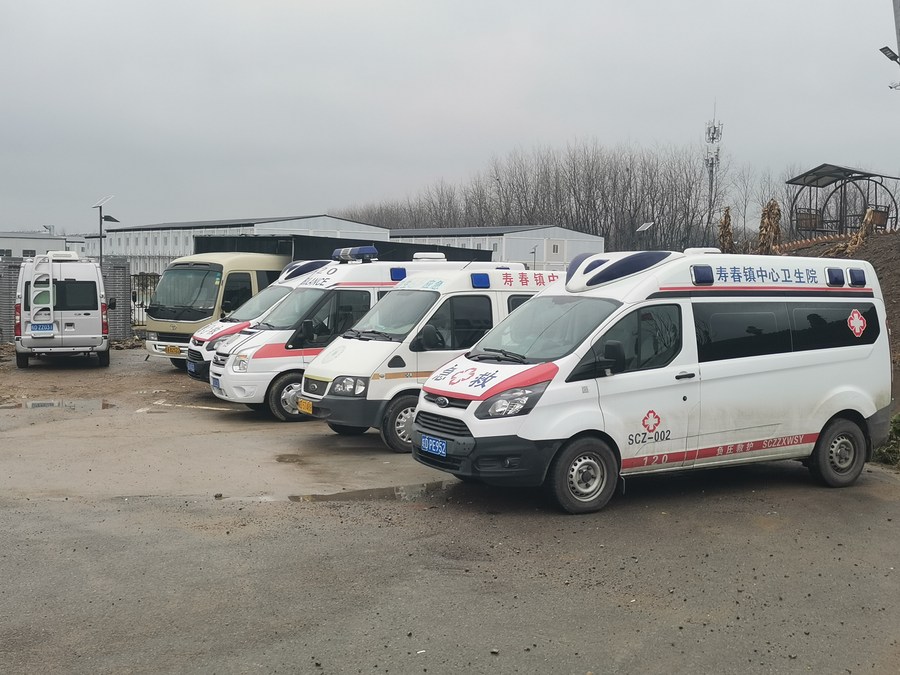 For over a month, the Puding County People's Hospital has been sending a four-person roving medical team to visit township health centers and village clinics, where they determine local medical treatment needs and offer support.

Central health authorities have ordered counties and townships to prepare standby vehicles to transport severe patients to upper-level hospitals as quickly as possible.

In Anhui's Shouxian County, about 50 standby vehicles have been mobilized. "I have a van, so I help transport patients when all the ambulances are busy. I have made over 50 trips since mid-December," said Zhang Wu, who signed a contract with the local government that will last until May.

To brace for a potential wave of infections, Shouxian has recently added 1,055 hospital beds to its medical system. About 61 percent of the county's approximately 4,000 hospital beds are currently occupied, according to the Shouxian health commission.

These hospitals have also been ordered to dispatch medical personnel to county hospitals to assist during special periods, including the Spring Festival holiday, according to Jiao from the NHC.