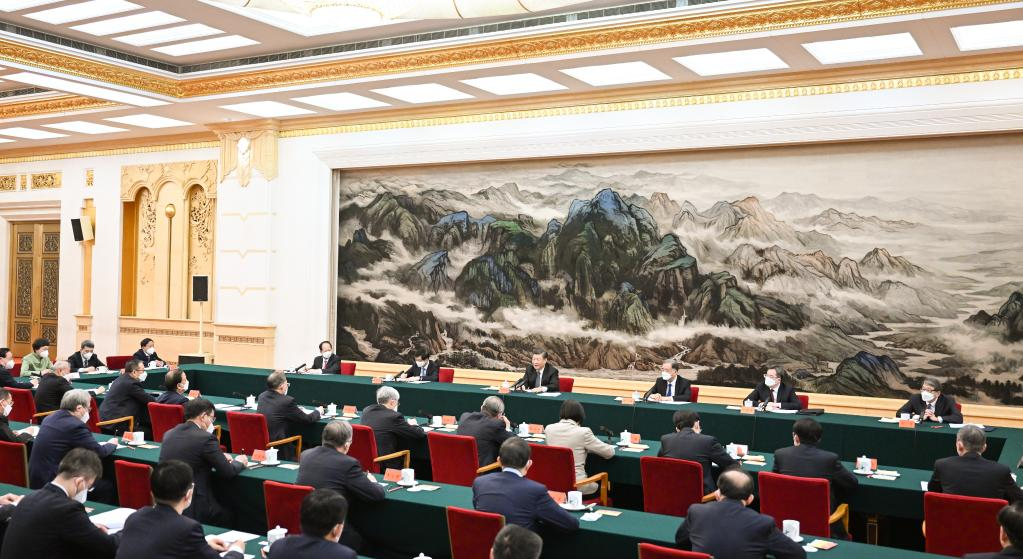 General Secretary of the Communist Party of China (CPC) Central Committee Xi Jinping, also Chinese president and chairman of the Central Military Commission, takes part in an annual gathering with non-CPC members ahead of the Spring Festival, or the Chinese New Year, at the Great Hall of the People in Beijing, capital of China, Jan. 16, 2023. Wang Yang, Wang Huning and Ding Xuexiang also attended the gathering. (Xinhua/Xie Huanchi)

BEIJING, Jan. 16 (Xinhua) -- Xi Jinping, general secretary of the Communist Party of China (CPC) Central Committee, on Monday called on non-CPC members to perform their duties with greater effort and determination and play a better role in pooling the strength and serving the overall interests of the country.

Xi, also Chinese president and chairman of the Central Military Commission, made the remarks when he took part in an annual gathering with non-CPC members at the Great Hall of the People ahead of the Spring Festival, or the Chinese New Year.

On behalf of the CPC Central Committee, Xi extended congratulations to the newly-elected leaderships of the central committees of eight non-CPC political parties and the All-China Federation of Industry and Commerce (ACFIC), and sent greetings to people from non-CPC political parties and the ACFIC, personages without party affiliation, and members of the united front.

The year 2023 is the first full year for studying and implementing the guiding principles of the 20th CPC National Congress, with hopes and challenges alongside each other, Xi said, calling for concerted efforts to advance Chinese modernization.

Wang Yang, chairman of the National Committee of the Chinese People's Political Consultative Conference, attended the gathering. Wang Huning and Ding Xuexiang, who are both members of the Standing Committee of the Political Bureau of the CPC Central Committee, were also present.

Xi delivered an important speech at the gathering. He said the year 2022 was extremely significant in the development history of the Party and the country. The year also marked the centenary of the CPC's clear identification of its united front policy.

Xi stressed that upholding the leadership of the CPC and consistently uniting and working as one with the CPC is the fundamental political foundation of multiparty cooperation.

He expressed the hope that the newly-elected leaderships of non-CPC political parties shall take implementing the guiding principles of the 20th CPC National Congress as a major task to enhance political transition.

Xi said building China into a great modern socialist country in all respects and advancing the rejuvenation of the Chinese nation on all fronts demands the united efforts of all people in the country. Xi called on non-CPC political parties to function as good advisors, assistants, and colleagues of the CPC.

Xi asked non-CPC political parties to deepen their research and study and actively offer advice for the country's major endeavors. They should include establishing a new development paradigm, implementing the principle of unswervingly consolidating and developing the public sector while unswervingly encouraging, supporting, and guiding the development of the non-public sector, and promoting common prosperity with solid progress.

Xi called on non-CPC political parties to guide their members and the general public they are connected with in building confidence and morale, and overcoming difficulties and obstacles ahead.

The ACFIC should facilitate the sound implementation of favorable policies to ease difficulties for enterprises and boost the private sector's confidence in development, Xi noted.

To better leverage the political strength of China's new model of political party system, non-CPC political parties should improve themselves and enhance their political understanding and capability to participate in the deliberation and administration of state affairs, fulfill major organizational roles, cooperate with others, and solve their own issues, Xi said.

Xi called on non-CPC political parties to strive to be participants in socialism with Chinese characteristics that are firm in political conviction, well-organized, competent, with good conduct, and have a solid institutional basis.

Noting that this year marks the 70th founding anniversary of the ACFIC, Xi urged efforts to carry forward its fine traditions, maintain its resolve in reform and innovation, provide guidance for representative figures, and better fulfill its bridging and assisting role. 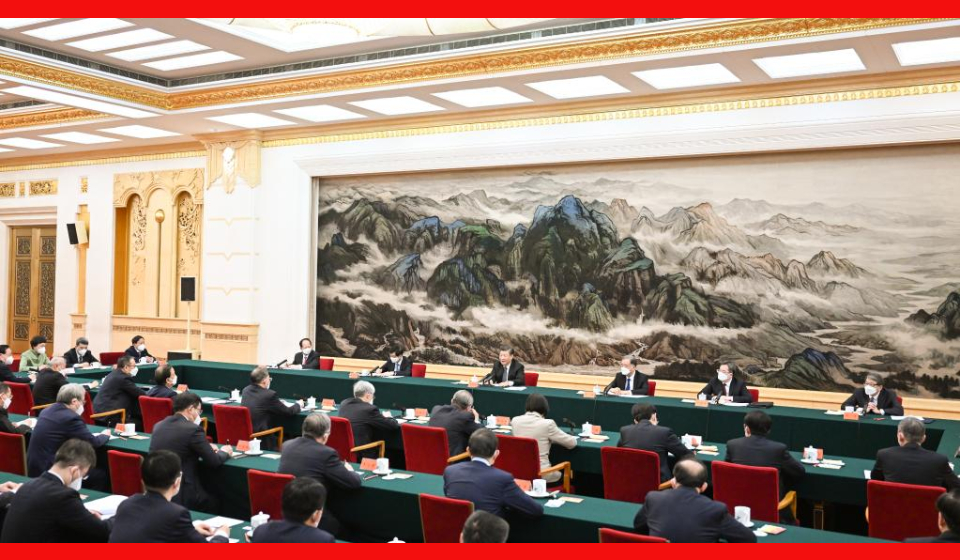