On the morning of March 21, an Air China flight, full of the goodwill of the Chinese government and people towards Greece, touched down slowly at Athens international airport in the warm spring sun.The flight brought supplies urgently needed in Greece to combat COVID 19, including medical respirators, surgical masks, protective clothing, goggles, gloves and shoe covers. 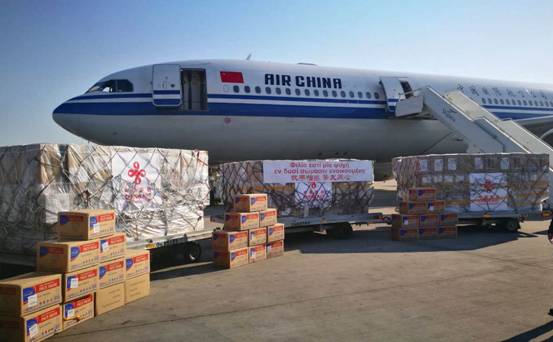 Ambassador Zhang Qiyue said at the handover ceremony that Greece and China are good friends and comprehensive strategic partners.At present, the anti-epidemic situation in Greece is relatively severe, and the country has entered a critical period of comprehensive prevention and control. At this time, Greece has asked for assistance, and China will do all it can to tide over the difficulties. 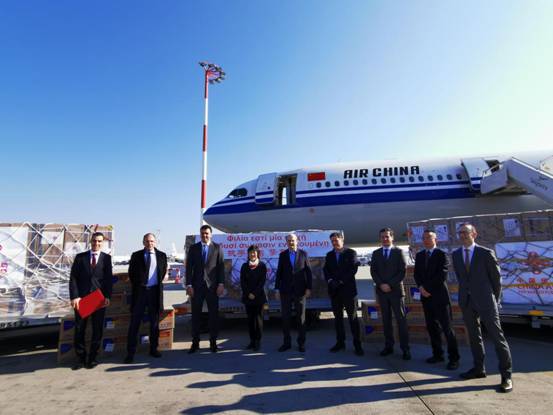 At the height of China's struggle against the epidemic, then-Greek President pavlopoulos and prime minister Mitsotakis and other Greek leaders and people from all walks of life expressed their sincere condolences and firm support to China.Greek non-governmental organizations enthusiastically donated medical protection materials to China.As the prevention and control situation in Greece has become increasingly severe, Chinese enterprises and overseas Chinese in Greece have been doing their best to help each other and share the same destiny. 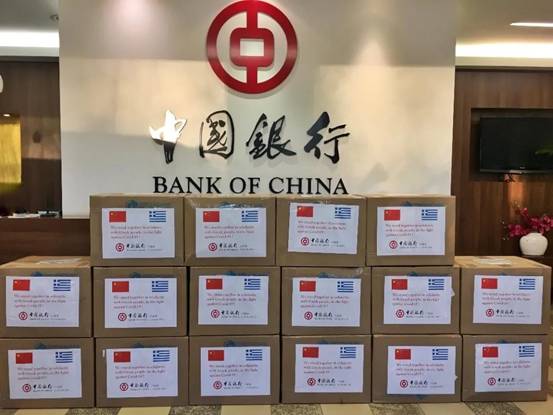 Greek mainstream media reported that Chinese enterprises and overseas Chinese donated epidemic relief materials to Greece, with the caption "a photo is worth a thousand words" under the photo (file photo)

China's donation to Greece was the big news of the day.Greek leaders and dignitaries have expressed their thanks on social media platforms for extending a helping hand to China at such a critical moment. Major media immediately covered the scene intensively. Shortly after the plane landed, Greek prime minister posted a live video on social media under the headline "China airlines flight arrives at Athens international airport, bringing medical supplies donated by China to Greek hospitals".