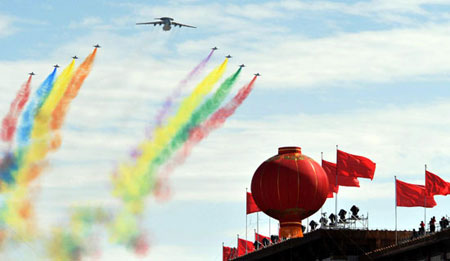 The leading formation of the air force show，a Kongjing-2000 AEWC aircraft escorted by eight J-7 fighters, flies over the Tian'anmen Square in the celebrations for the 60th anniversary of the founding of the People's Republic of China, in central Beijing, October 1, 2009. 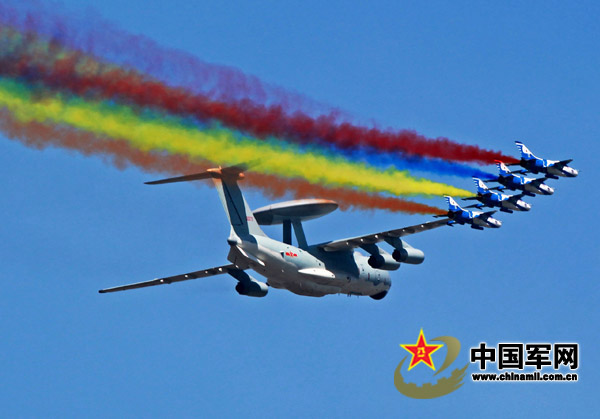